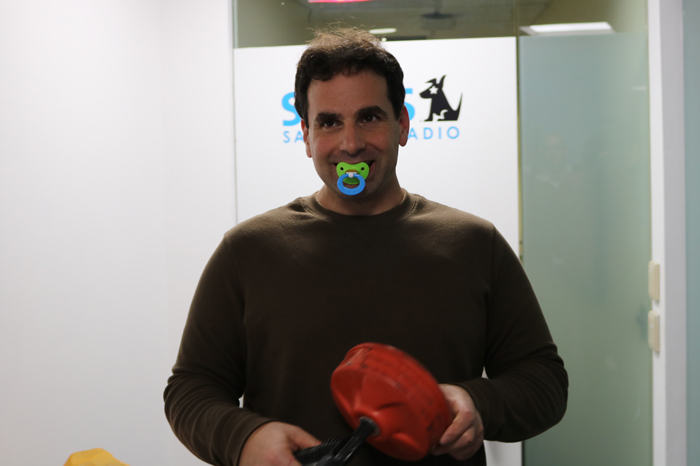 Sour Shoes was on the phone lines early Wednesday morning with his Mike Francesa impression ready to discuss the news of Eli Manning’s benching.

After picking up on him, however, Howard discovered the Wack Packer’s call was nearly indecipherable due to background noise.

“Do you think we’ll ever tame him?” Howard asked Stern Show staffer Will Murray, who works with Sour.

“We can give him a premise and maybe there’s a 50 percent chance that he runs with it. But he could at any point go rogue and just do his own thing,” Will explained of Sour, who seemed to simultaneously be on hold with the Stern Show and WFAN in hopes of going live with both at the same time.

“You have to have, like, zero expectations for him. It’s just, like, whatever you get from him is a bonus,” Will continued.

Howard agreed that it was “very hard to harness” his talent, but vowed to never give up on Sour Shoes.​