U2's Bono and the Edge make their Stern Show debut, plus Bobo gets pranked again 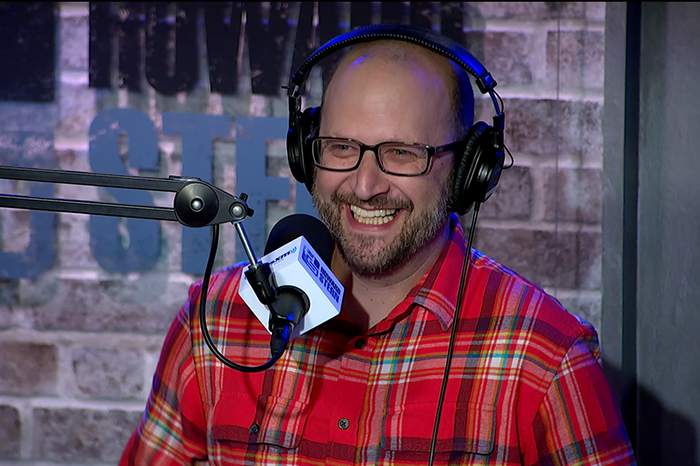 Bobo was once again caught in the middle of a Stern Show prank Monday morning after emailing Shuli Egar an explicit video he came across on the internet.

Upon discovering the clip, in which a woman demonstrated her ability to shoot several mini-basketballs out of her rectum, Bobo decided to send it to the Stern Show staffer for reasons unknown. Instead of simply responding, Shuli opted to give him a little grief.

Bobo was surprised when he received a call from a (fake) SiriusXM HR representative who told him she was “conducting an investigation after being contacted by our security team about Mr. Egar receiving some obscene materials over our corporate server from [Bobo].”

The frequent Stern Show caller stammered out an apology, telling her, “He’s a guy, I’m a guy … Even Howard looks at it, right?”

But after mentioning Howard’s name, Bobo began digging himself a deeper ditch. “I’m sorry, did you say Howard was involved in this too? Because we will have to investigate,” the “HR rep” told him.

Bobo was mortified and offered to give up his Facebook page in exchange for settling the matter, but he was swiftly informed that it was “not a negotiation.”

Soon after hanging up, Bobo received a call from Stern Show Executive Producer Gary Dell’Abate, who had a few questions. “Howard got a call from human resources and something about pornographic material being sent over our servers that he may have been involved … somehow your name came up,” Gary said. “So, can you clue me in?”

Bobo was reluctant to admit he mentioned Howard’s name but ultimately told Gary, “I didn’t implement him,” mistaking the word “implement” for “implicate.”

To make up for the trouble, Gary asked Bobo to testify to “HR” that it was not a woman in the video but in fact him.

“That’s me in the video,” Bobo begrudgingly agreed.

While the prank’s reveal was supposed to happen on air, Bobo immediately began leaving frenzied voicemails for staffers. His nonstop calls led the staff to clue him in before the end of the week.

“I thought Shuli was actually going to get fired,” Bobo told Howard on Monday. “You got me hook, line, and sinker.”

U2’s Bono and the Edge on Creating Their Hits, Hanging With Springsteen and McCartney, and the Only Fight They’ve Ever Had