Stern Show staffer JD Harmeyer was put in charge of announcing Carson Christy’s arrival, but he forgot to tell everyone 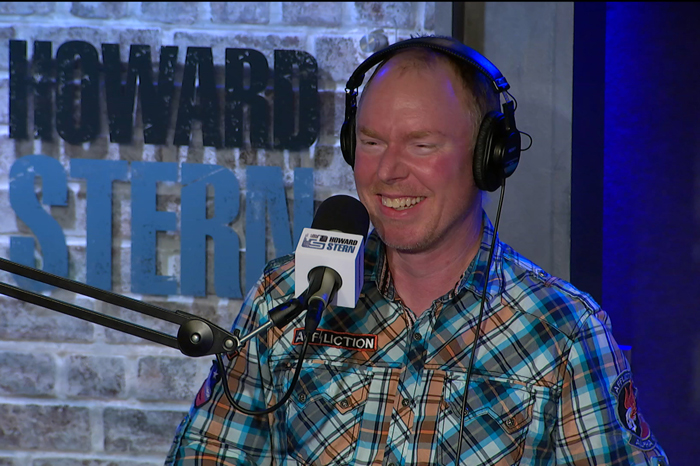 Howard got to announce on Wednesday’s Stern Show that his staffer Richard Christy became a father the other day. He and his wife welcomed their son Carson Cain Christy into the world.

“They had the baby at 1:46 p.m. yesterday. The baby was 8 pounds, 1 ounce,” Howard told his audience. “Richard’s wife and Carson the baby are both doing great.”

However, Howard didn’t hear the good news as soon as he should have. Richard had selected one person on the staff to tell everyone else when the baby arrived. Even though it’s well known Richard is best friends with Sal Governale, for some reason he gave JD Harmeyer the job of spreading the good news after Carson was born.

“I didn’t get any notification,” Robin said.

“Neither did I,” Howard told her.

JD got the text from Richard but didn’t alert anybody. He even had a 15-minute long conversation with Jason Kaplan on Wednesday morning without mention of the birth. Howard wanted to know when JD was planning on telling his coworkers.

“I did during this morning meeting that we have. I waited until then and that was it,” JD explained.

Congrats to the Christy family on their new addition!