Stern Show staffer causes a stir with his holiday cheer 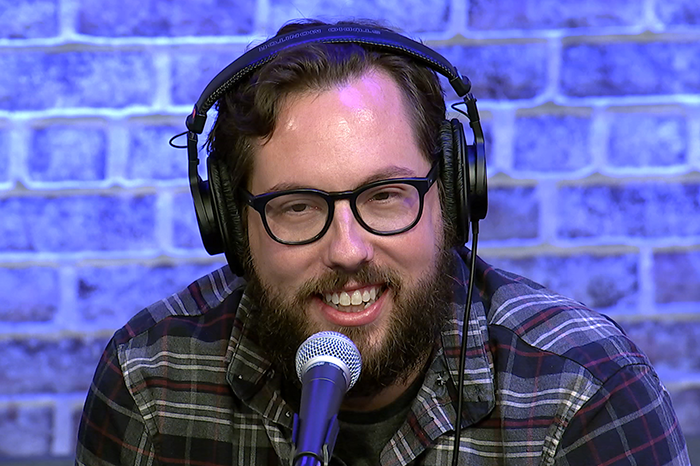 Thanksgiving may have just passed, but JD Harmeyer has already sent out his Christmas greeting cards and they caused quite a stir in the office.

“JD was the first Christmas card I got,” Gary Dell’Abate told Howard on Wednesday.

The King of All Media didn’t receive one and neither did Robin Quivers, but JD chalked it up to not having either of their addresses.

Those who did receive the cards were part of a group message in which JD instructed anyone who wanted one to send him their address, according to Gary. Yet, there seemed to still be a hierarchy amongst even the chosen few.

Some, like Gary and Jason Kaplan, received a version featuring a photo of JD and his fiancée on a trip to Disney. Howard broke into laughter upon seeing the card, but he couldn’t pin down exactly why it was so funny.

“He’s wearing this really big, long t-shirt. And she’s really, really cute and just adorable,” Robin said of the juxtaposition between JD and his fiancée. “It looks like Jabba the Hut caught Carrie Fisher.”

Unfortunately, though, not everyone received the greeting card with a personalized photo. JD miscalculated the number of cards he would need and, upon running out, bought additional generic, glitter-covered substitutes.

“I just looked at a nice card and I picked it out,” he tried explaining to a chorus of complaints in response to the glitter.