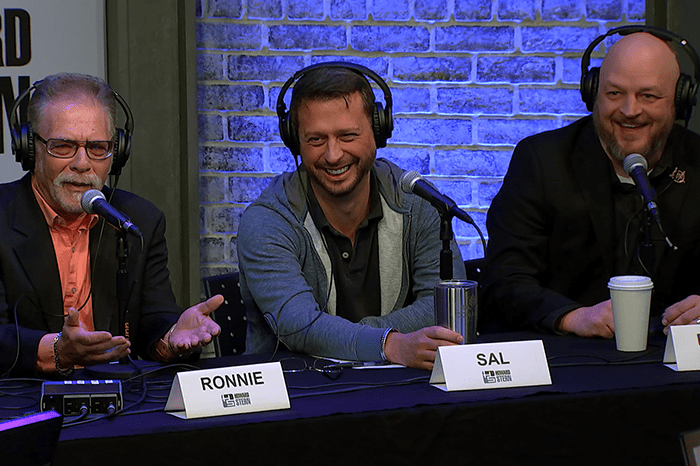 A few Stern Show staffers—including Gary Dell’Abate, JD Harmeyer, Jason Kaplan, Ronnie Mund, and Sal Governale—returned to the studio Monday morning for another round of discussion on some unaired material before the close of 2017.

But first, Howard sounded off on the technology problems plaguing his television setup. With two separate TiVo systems and a substantial amount of money plunged into creating the ideal viewing experience, Howard was frustrated to discover over the weekend that his recorded shows would only play back with audio that was constantly skipping.

Despite a team of tech people to help set up the system, Howard said that it seems like whenever he has friends over or his wife wants to watch TV, it never works.

Robin joked that Howard’s TV problems reminded her of his limo issues with Ronnie Mund. Dodging the jab, Ronnie instead quickly moved the conversation to Sal, directing attention to the fact that he made his wife shovel their driveway for yet another snow day.

Last time Sal told Howard that he couldn’t go outside as a result of his newly installed hair plugs. This time? “She grabbed the shovel first,” he said.