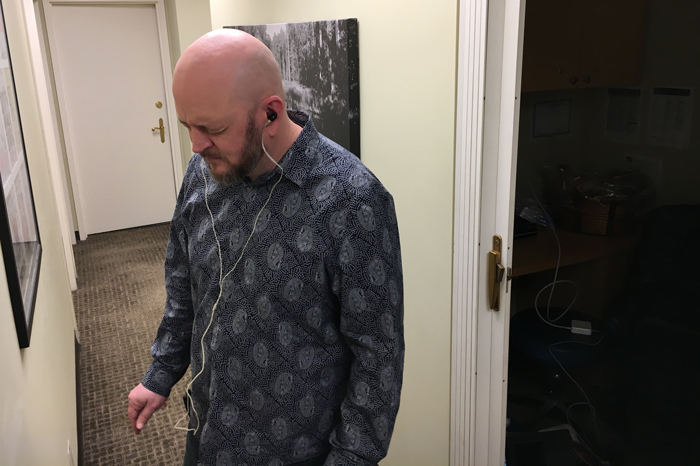 A nervous Brent Hatley paces the hall ahead of his prostate exam on Wednesday Photo: The Howard Stern Show

It’s beginning to look a lot like an invasive medical exam!

Five fearless gentlemen were willing to go pants down and ass up on Wednesday’s Stern Show for another round of Prostate Karaoke. Since Howard was celebrating the holidays, it only made sense for the guys to sing along to Christmas songs while being penetrated by the probe of Dr. Fisch, who performed today’s prostate exams.

Gossip blogger Perez Hilton, who of course has plenty of experience participating in backdoor bits for the Stern Show, was shocked to see how large the examination wand was.

But he wasn’t the only one freaking out at what was about to happen. Stern Show staffer Brent Hatley was a nervous wreck ahead of his big performance.

“Brent is having like a full-on, near panic attack,” Gary Dell’Abate reported to Howard live from Dr. Fisch’s office.

Back in the Stern Show studio were Howard and the rest of the judges: Robin Quivers, Fred Norris, Ronnie “the Limo Driver” Mund, Richard Christy, and the reigning Prostate Karaoke champion Sal Governale.

“If somebody shits they get bonus points from me,” Richard proudly proclaimed.

With that, the competition got underway. 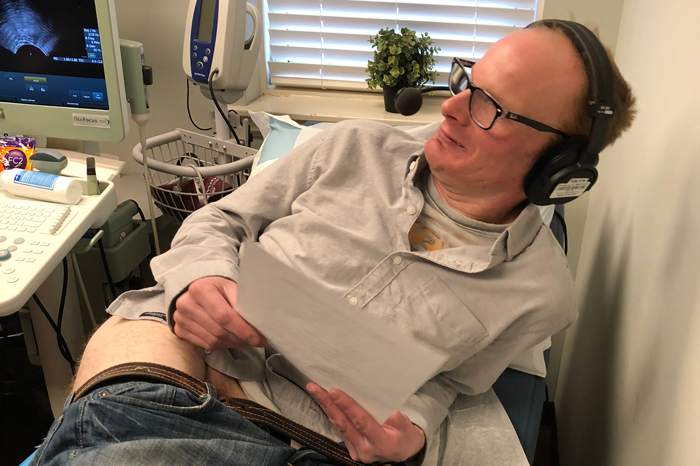 Pete dropped his drawers as Dr. Fisch lubed up his probe, but Shuli noticed Pete seemed to be prepping his own pole as well. “Pete, for some reason, is trying to chub up at the same time and I’m not sure why,” Shuli told Howard.

“Who’re you trying to impress in that room?” Robin wondered.

“He also spread his cheeks a second ago and there’s mud on the field, just so you know,” Shuli added.

Whether or not Pete was messy or erect, the judges all thought he sang beautifully, but that’s not necessarily a good thing.

“I was waiting to hear that scream or a change in his voice — I didn’t hear it,” Richard said of Pete’s performance.

Howard agreed that he wished Pete’s singing was more humorous. “We didn’t know we were bringing in Pete the power bottom,” he joked. “I’m not here at the party to hear good singing.”

Check out what the judges scored Medicated Pete performance: 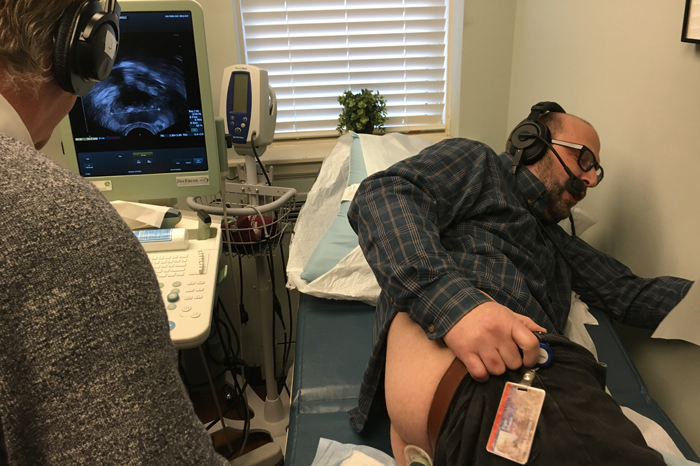 Next up was Shuli Egar who had his prostate examined by Dr. Fisch not too long ago. However, he felt a bit more pressure during his performance on Wednesday morning.

“I’m gonna shit! I’m gonna fucking shit right now,” he screamed while trying to sing “Hanukkah, Oh Hanukkah.” “Did you put two of them in there?”

Dr. Fisch had good news for Shuli once he was done with his test. It seems his prostate has shrunk in size since he last examined him. He also complimented how spick-and-span his rear end was.

“He was clean as a whistle,” Dr. Fisch remarked.

Everyone back in the studio liked Shuli’s singing, but Richard Christy suggested he could have gone up an octave higher.

Check out what the judges scored Shuli Egar’s performance: 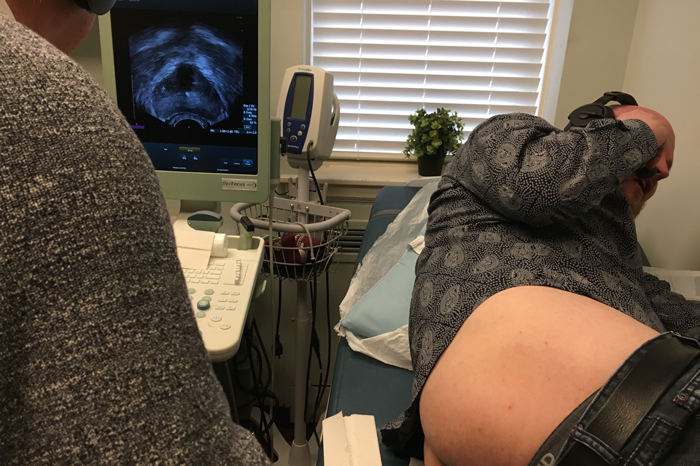 The moment Brent had been dreading finally came and he pulled down his pants and prepared for the probe. But before the test could begin, Gary shared something new he noticed about the nervous Stern Show staffer.

“You learn stuff about your coworkers when you do stuff like this. Brent has a giant birthmark on his left butt cheek. It looks like it’s in the shape of an anvil,” Gary described. 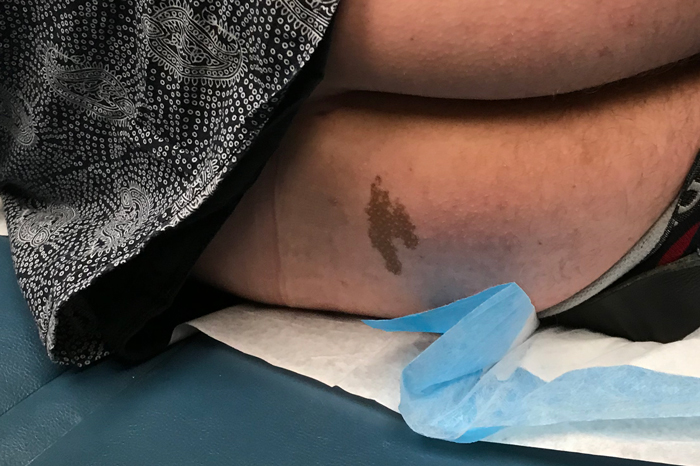 Dr. Fisch did his best to put as much lubrication on the wand as he could, so much so that Gary claimed it was dripping as much an icicle in the hot sun. Then it was time for Brent to take it like a man and sing.

“That was terrible,” Brent admitted afterwards.

Gary confirmed how awful an experience Brent had, saying he was singing through tears. But his pain was the judges’ gain.

“Brent was screaming like a bald Mariah Carey with those high notes. It was awesome,” Richard said.

Check out what the judges scored Brent Hatley’s performance: 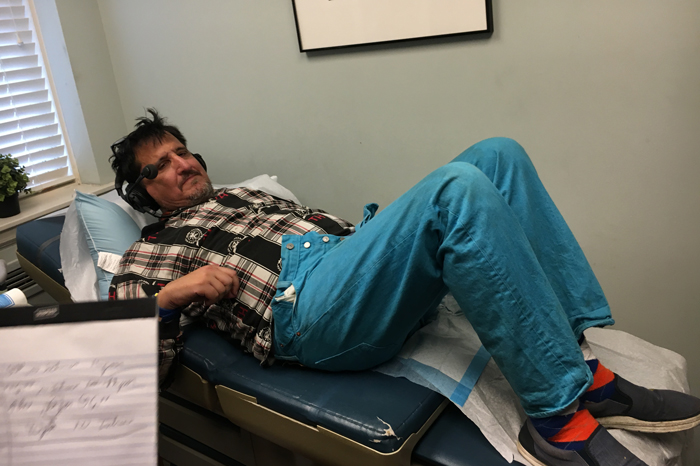 “I think once or twice in the past,” Fred replied.

Once Fred was done singing, the judges weren’t exactly sure what they’d just heard.

“Was he singing in Korean?” Howard joked.

“I think he put ‘shit’ in the song,” Robin said, thinking Fred has inadvertently changed some of the lyrics of the holiday tune.

While he may not have gotten the biggest score, Dr. Fisch told Fred he took the prize of largest prostate — a whopping 40 grams. But he also told the Wack Packer he was perfectly healthy.

Check out what the judges scored Fred the Elephant Boy’s performance:

Perez Hilton Sings ‘All I Want for Christmas Is You’ 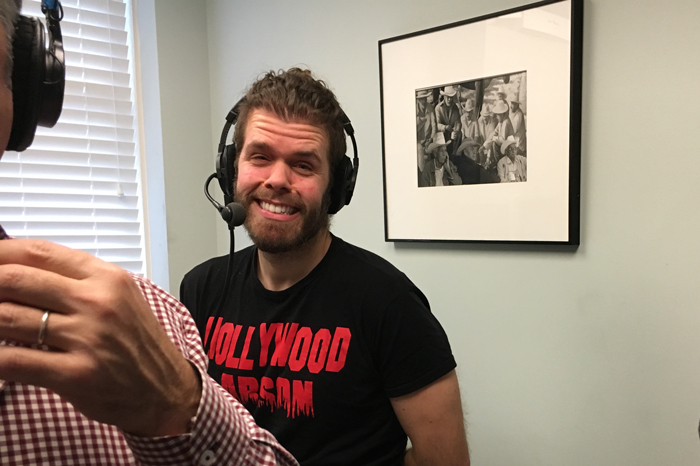 Celebrity contestant Perez Hilton was the final performer and he took one last look at Dr. Fisch’s instrument before laying down on the table.

“I just have to reiterate, this probe is truly big,” Perez told Howard. He even admitted this could quite possibly be the biggest thing that’s ever been in his ass.

“He wins the day for the most nervous,” Dr. Fisch said of his final patient.

Check out what the judges scored Perez Hilton’s performance:

After Jon Hein tallied up everyone’s scores, he ran into the studio and handed Howard the envelope revealing the official winner. This competition was tighter in more ways than one and, with a score of 57 points, Brent Hatley just barely beat out Perez Hilton who finished with a score of 54 points.

Howard thanked Dr. Fisch for all his help in what was another rousing round of Prostate Karaoke. The doc reminded everyone listening to get their own prostates checked and to always practice safe sex, regardless of whether they’re straight or gay. And one way to do just that is to use the condom that covered his probe today. For more info, go to femalecondom.com