“There’s like two weird rumors going on that don’t match up with one another,” Jason Kaplan says 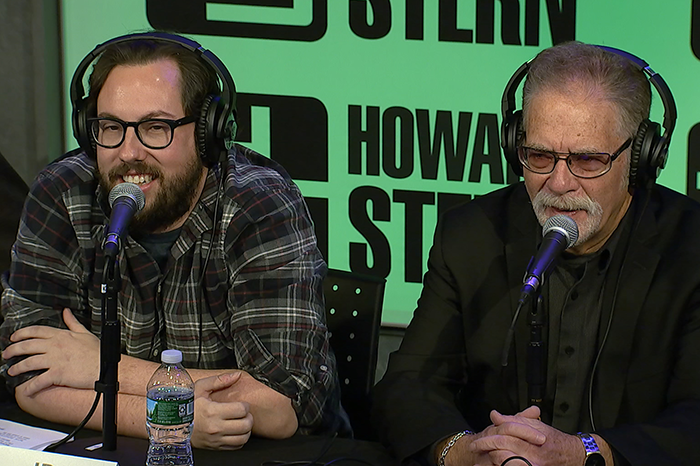 With few details of JD Harmeyer’s secretive destination wedding revealed, there have been rumors flying around the Stern Show office for months. On Wednesday, Jason Kaplan broached the subject after hearing some contradictory gossip.

“There’s like two weird rumors going on that don’t match up with one another,” he told Howard. “One is that Gary [Dell’Abate] thinks he’s invited to the wedding. But then the other rumor is that we’re hearing that JD isn’t inviting anyone from the show to his wedding.”

Gary chimed in and explained he had been told certain details over the past couple of months, including the location and approximate date of the event, leading him to believe he was invited. “I want to go on record as saying that, if JD doesn’t want to invite me, I don’t mind,” he said, though.

Ronnie Mund was more blunt. “We were disinvited,” he said, adding that he didn’t use the word “uninvited” for a specific reason. “To me it was ‘disinvited’ because I was dissed.”

This shocked Howard and Robin, considering Ronnie was the one who drove JD to Philadelphia and helped him pick out an engagement ring.

Yet, JD confirmed the news. “We have made it so it’s just parents and my brother at the actual wedding,” he announced. “It was getting too big, you know, with the family members she wanted to invite and the people here.”

It seems the mumble-mouthed Stern Show staffer hadn’t quite found the words to tell everyone as of yet and instead assumed the news would be clear by the lack of a physical invitation. “Plans change. It’s not disinvited,” he offered.

Ronnie wouldn’t buy it, though. “I’m a little hurt,” he admitted, even as JD insisted it wasn’t personal.

Leaving his own feelings aside, Gary wondered if anyone else would even be upset if JD only invited his two closest friends—Ronnie Mund and Jon Hein—and the overall consensus was that the decision would be respected. But not inviting anyone from the staff? “This is turning into a fiasco,” Howard said.

JD revealed he was considering having a separate party for additional family and friends but hadn’t yet made any concrete plans.

Something JD was willing to do on Wednesday’s show was reprise his role as JDini. What does the stammering soothsayer see happening in 2018? Take a listen to a few of his predictions (below).