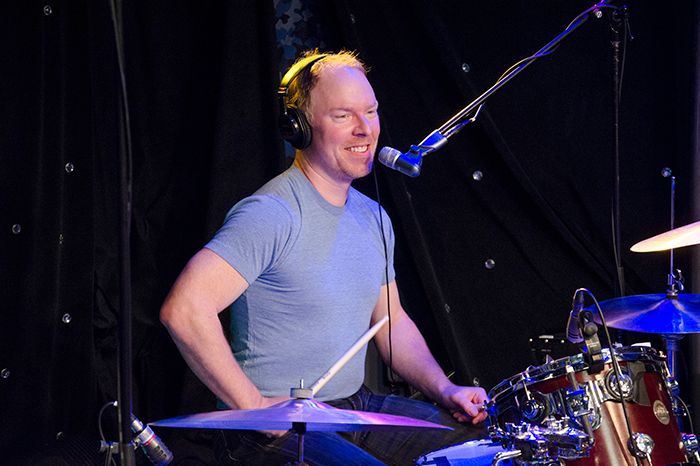 “Richard Christy – to me he’s the most interesting guy who works here,” Howard told listeners at the top of Wednesday’s show. The King of All Media described how Richard grew from a young boy in Kansas with dreams of becoming a great drummer, really put in the hard work to reach that dream, and was even recognized many years in a row as being among the greatest metal drummers by some prominent magazines. “He would work at this until his hands bled,” Howard said.

But in Howard’s opinion, the type of music Richard was playing limited the audience that could appreciate his talents. “He was living in a storage facility,” he reminded listeners.

Richard disagreed, maintaining that his work with bands like Iced Earth and Death is still pretty popular and remains a source of pride for him. “It’s my legacy, I love it,” he said.

Howard did remember a time when Hall of Fame MLB catcher Mike Piazza came up to the studio and wasn’t aware that Richard worked at the Stern Show. He excitedly asked Gary Dell’Abate: “Is that Richard Christy of Iced Earth?”

Howard wasn’t sold, though. “After all of this practice and everything else, he ends up working here smelling Sal’s taint and pouring beer in his own ass,” he summed up, joking it’s like if Paul McCartney became a plumber or Jimmy Hendrix ended up as a Pizza Hut manager.

“I’m proud of what I do,” Richard insisted.

These days you can see Richard drumming with his current band, Charred Walls of the Damned.