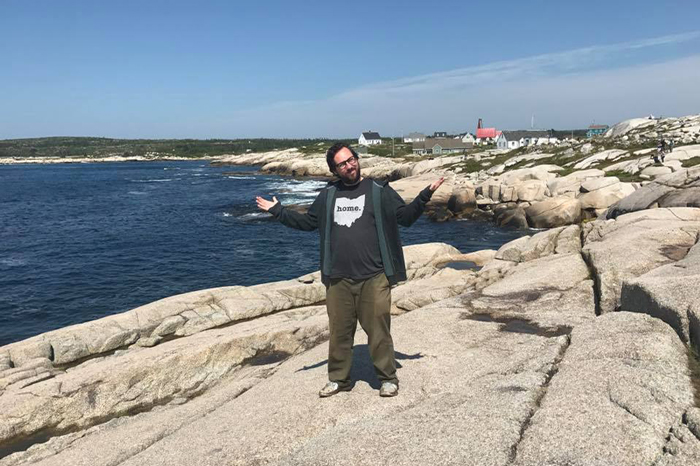 There are endless sites to see in this world and that’s precisely what Stern Show staffer JD Harmeyer is doing as of late. He told Howard about the trip he and his fiancée took over the break, aboard a cruise ship bound for Canada.

Both Howard and Robin were surprised to learn JD did something so active during his time off, especially considering how horribly wrong his recent camping trip went, but he explained he’s trying to be more adventurous these days.

The three-day trip out on the Atlantic gave JD plenty of time to wander around the ship and participate in several of the ship’s activities, including playing skee-ball in the arcade, gambling in the casino, and sitting on his personal deck outside his cabin, taking in the sites at sea.

The ship also offered a variety of restaurants but JD revealed they had their breakfast delivered directly to their room in the morning. However, JD was unable to enjoy one of his favorite pastimes while cruising.

“The TV was not all that great. It was like a couple stations,” he said.

While stopping in the New Brunswick city of Saint John, JD said they ate some of their world-famous lobster. “When you stop, you get off and you walk around,” JD explained of their first excursion.

They also dropped anchor in Nova Scotia where JD snapped some pics of the local scenery. “And then Halifax, we took a bus up to this place called Peggy’s Cove which is really nice,” he told Howard.

Check out some of JD’s Instagram photos from his trip (below).