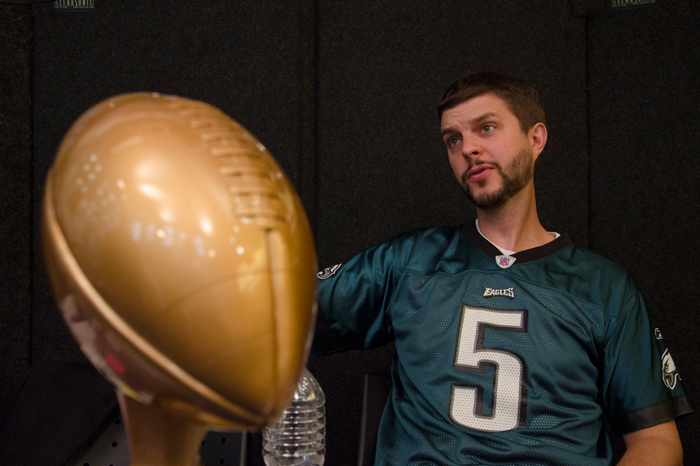 Despite forgoing most of the NFL’s regular season, Howard tuned in Sunday night to catch Tom Brady and the New England Patriots beating out the Jacksonville Jaguars in the AFC Championship.

Also on Sunday, the Philadelphia Eagles took down the Minnesota Vikings, setting the stage for a showdown of both great football teams and rabid fans at Super Bowl LII in a replay of the 2005 championship game.

Speaking of rabid fans, Stern Show staffer and notorious Philly fan Will Murray was all fired up on Monday, offering to sing the Eagles’ fight song “Fly, Eagles, Fly” in the studio. Hear his rendition (below).