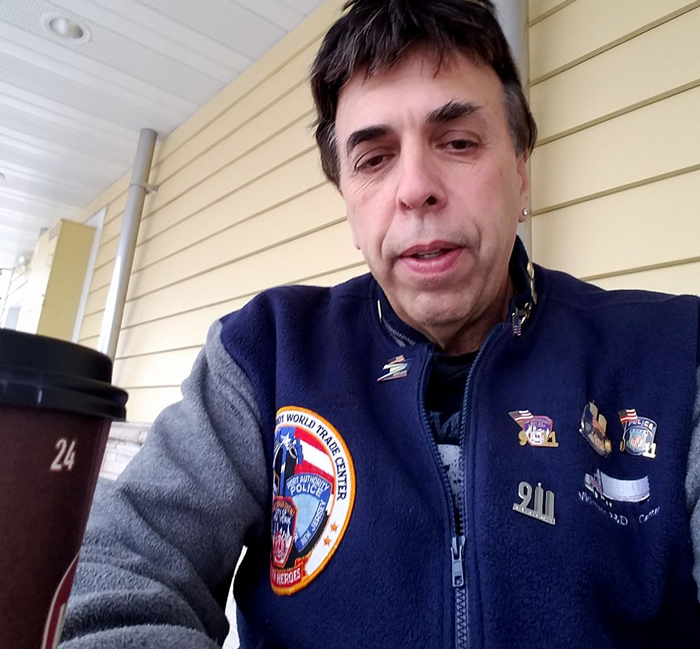 Is Bobo trying to trick his followers into thinking he was more closely connected to the tragedies of Sept. 11, 2001 than he actually was? That was the question on Monday’s Stern Show after staffer Shuli Egar showed Howard a photo of Bobo wearing a jacket with several 9/11 patches sewn onto it. The frequent caller admitted he received an extremely negative response after posting the pic on social media.

“I caught so much shit for that,” Bobo told Howard. But he explained he was gifted the patches from those he knows at the Metropolitan Transportation Authority Police Department where he worked himself for nine years. Bobo also said if Howard looked closer, he’d see this was actually a jacket he got while working for the United States Postal Service – the USPS eagle emblem is to the left of the zipper.

So, do you think Bobo has a right to wear the jacket?

Whether or not he’ll take the jacket off for good is yet to be determined but Bobo might be ready to take something else off. He told Howard how recently the glue he uses to keep his signature toupee on his head has been causing a rash on his skin. It’s gotten so bad, he’s considering living life as a proud bald man.

“I’m on the fence with that, man,” Bobo told Howard.

Bobo’s wife, who works as a hairdresser, is all for him finally ditching the rug and shaving his head completely. Howard found it ironic that someone who works with hair for a living would settle down with someone who had none.

“I tried to fool her, too, on the first date,” Bobo said with a laugh, adding that as soon as his now wife ran her fingers through his hair she knew he was wearing a toupee.

Perhaps she’ll soon be rubbing Bobo’s brand new smooth skull if he elects to lose the hairpiece once and for all.