“She had tubes in holes that weren't holes 'til they made them holes,” the comedian tells Howard 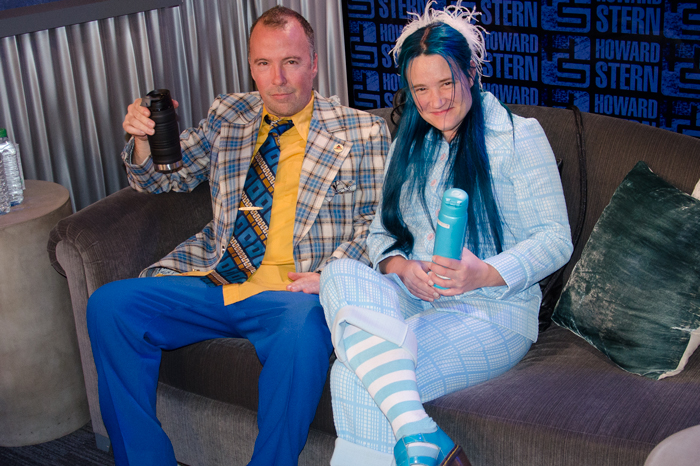 It was a triumphant return to the Stern Show for Doug Stanhope and his longtime girlfriend Amy “Bingo” Bingaman on Tuesday morning. The couple had a candid conversation with Howard regarding just how close Bingo came to dying at the end of 2016. After suffering a seizure and hitting her head on a concrete step, Bingo had to be airlifted to the hospital where she fell into a coma for over a week.

“She had tubes in holes that weren’t holes ‘til they made them holes,” Doug told Howard of the procedures Bingo had to have done, including a full tracheotomy to allow her to keep breathing. Even after regaining consciousness, Bingo had a long road to recovery ahead of her.

“Once I woke up, I don’t remember months after that,” Bingo said.

“It was a gradual process. After a week she sat up and said, ‘I have to pee,’” Doug added. That she was aware she had to go to the bathroom was cause for celebration and a sign she was slowly but surely getting back to normal.

As dire as the situation was, Doug admitted he pulled a few pranks while Bingo was in the hospital. Soon after Bingo had come to, Doug took one of her doctors aside and told her completely stone-faced that he’d decided to pull the plug.

“That’s what was keeping us sane,” Doug said of trying to laugh through the pain.

He also took advantage of Bingo being out during the 2016 presidential election since she didn’t get to see Donald Trump’s surprising victory with her own eyes. “As out of the loop as Bingo might be, there’s no way she’s gonna believe Trump is the president,” Doug told Howard. 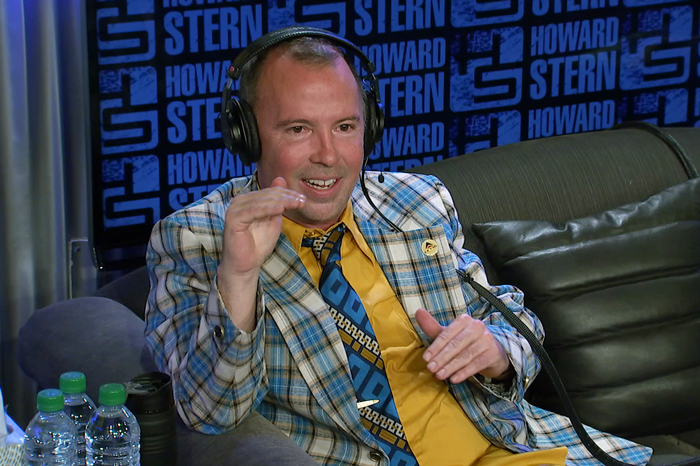 By convincing her the election results were indeed a reality, Doug could then convince Bingo of just about any other far-fetched tale he told her. “Once we can prove that Trump is the president, everything else that we tell her is true she’s gonna have to believe,” he said with a laugh.

The good news is that Bingo is most definitely on the mend now, telling Howard she feels “better than ever.”

“I’m doing really well. I’m getting better every day,” Bingo said. Howard noticed her voice was raspier than usual and she explained her vocal cords were damaged during the initial intubation she received at the time of the accident. Thankfully, she’s now getting therapy to improve her speech.

In addition to checking in with Howard about Bingo’s recuperation, Doug also wanted to share some stories from his new book “This Is Not Fame,” his down-and-dirty memoir about what life is like for a comic. Stanhope has never been one for holding back and the pages of his book are no different, as he writes about everything from crashing celebrity parties to the short stint he had as a gay phone sex operator.

“I did two shifts,” Doug said with a smile. He got the gig after trying to convince fellow comedian friends to apply for the job since, the way he saw it, it was just a way to get paid while coming up with stand-up material. After getting things started with some standard dirty talk, Doug would then kick it up a notch and come up with wild descriptions of himself to tell the guys on the other end of the line, just to see how they’d react.

“Once you know they’re jerking off … there’s a point of no return,” Doug told Howard, explaining how most men would still try to get off even after he’d described himself as a 61-year-old Korean War vet who lost both his legs to diabetes.

But no matter how outlandish the characters he created for himself were, the phone sex company he worked for never reprimanded him. “I was waiting to get fired this whole time,” Doug said. “I had to walk off the job because they weren’t gonna fire me … and I was running out of jokes.”

For more Doug Stanhope stories, check out his new book “This Is Not Fame: A ‘From What I Re-Memoir,‘” available now.