As promised, the Oscars host and Stern Show superfan gave a shout-out to Howard on Hollywood's biggest night 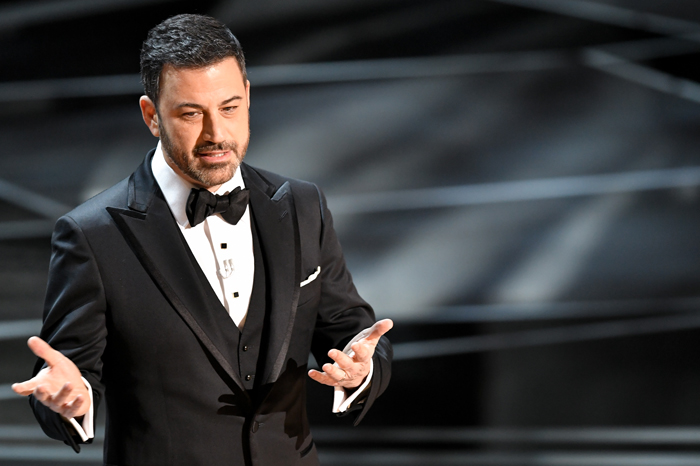 After Faye Dunaway and Warren Beatty announced the Best Picture winner once again (this year from the correct envelope) and “The Shape of Water” walked away with the night’s top prize, host Jimmy Kimmel ended the evening in perhaps the best way possible: with a “Hit ‘em with the Hein.”

During his visit with Howard in 2017, Kimmel explained he had wanted to throw in a Stern Show shout-out at the end of last year’s Oscars but couldn’t due to the “La La Land” and “Moonlight” mix-up. On Sunday night, however, Jimmy wished his wife Molly a happy birthday, ribbed his longtime pal Matt Damon, and then dropped the now internationally famous Stern Show catchphrase live on the ABC broadcast.

“Happy birthday to my wife, and apologies to Matt Damon, we ran out of time for him. Don’t forget to always hit ‘em with the Hein. Goodnight, everybody,” Jimmy said as the Oscars came to a close.

Reactions from famous Stern Show superfans begain to pour in on Twitter. Check out a few of the tweets (below).