“I’m gonna work it in there,” he says of using the Stern Show shout-out while hosting the 2018 Academy Awards 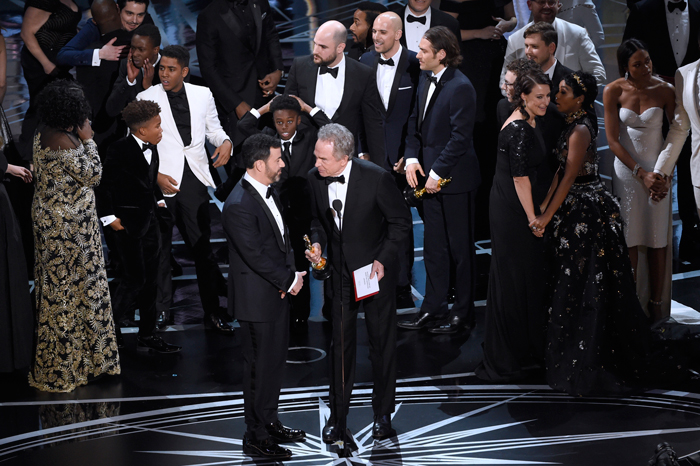 Nominations for next year’s Academy Awards haven’t even come out yet, but the big winner of the night is already the Stern Show. On Tuesday Jimmy Kimmel, who’s returning to host the 2018 Oscars, told Howard he intends to say “Hit ‘em with the Hein” live on the air during the ceremony.

“I’m gonna work it in there,” Jimmy said.

If not for last year’s envelope mix-up mishap, when “La La Land” was accidentally announced as the Best Picture winner rather than the actual winner “Moonlight,” Jimmy told Howard he was planning on giving a Stern Show shout-out at the end of the ceremony.

“That was one of the casualties of the envelope controversy,” Jimmy said, explaining that once presenters Faye Dunaway and Warren Beatty announced the wrong film, time ran out before he could slide a Hit ‘em with the Hein into the broadcast.

Jimmy is determined to use the popular catchphrase eventually, though. “I want to be responsible for the biggest one of all time and I think the only way you top the Oscars is the Super Bowl,” he said, adding that sportscaster Joe Buck could someday shout out “Hit ‘em with the Hein” during the big game.

Howard wondered if Jimmy had cold feet before hosting last year’s Oscars. “I was nervous leading up to it, but on the day of the show and right before I did the monologue I really wasn’t nervous,” Jimmy told Howard.

A call with nine-time Academy Award host Billy Crystal probably calmed Jimmy’s nerves before show time, too. “He gave great advice,” Jimmy said. “I think we talked for about an hour.”

One thing Billy recommended to Jimmy was to try and make the people in the room laugh first, instead of only focusing on the audience watching at home.

Next year’s Oscars will once again be seen on ABC and Howard asked Jimmy just how many other shows he watches on his own network. While he watches “The Bachelor” and “The Bachelorette” with his wife, Jimmy’s more a fan of “Dancing With the Stars,” if for no other reason than he’s actually won thousands of dollars off of what happens on the reality show.

This past season, Jimmy wagered on NFL running back Rashad Jennings to win it all and his bet paid off. Jennings ticked all of Jimmy’s boxes on what he looks for in a “DWTS” celebrity contestant: athletic ability, a handsome man that women will vote for, a built-in fan base to earn additional votes, and someone the audience won’t expect too much out of. So far, his formula has worked.

“I have to say, I’ve made quite a bit of money from betting on ‘Dancing With the Stars,’” Jimmy said with a smile.

Also check out: Jimmy Kimmel Closes the Emmys With a ‘Hit ‘Em With the Hein’