Video: NFL Gets Hit With the ‘Hyde’ During Cowboys-49ers Game 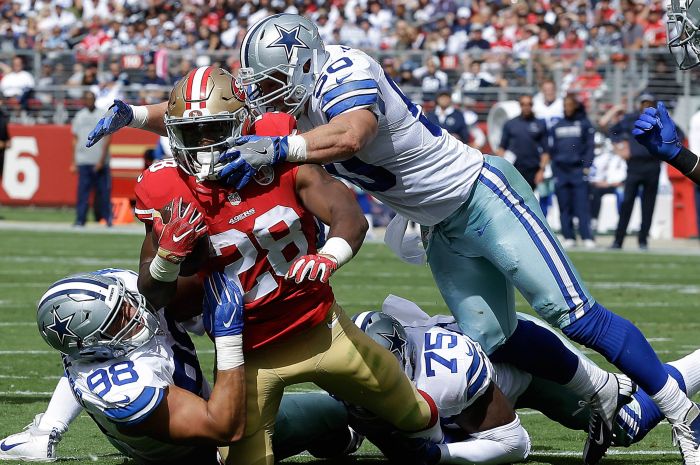 The NFL and the Howard Stern Show were blended together on Sunday thanks to Fox sportscaster Joe Buck. While calling the Cowboys-49ers game, Buck put his own spin on the ever-popular “Hit ’em with the Hein” catchphrase following a 3-yard touchdown run from Carlos Hyde.

“Hit ’em with the Hein” had previously been uttered during a handful of preseason NFL games, but it’s believed this is the first time the Stern Show shout-out has been used during a regular season broadcast. Hyde’s TD put San Francisco up by 14 points but the home team would end up losing to the Cowboys by a score of 24-17.

Check out: High School Girls Golf Gets Hit With the Hein