Howard checks in with Brent Hatley in the wake of the I.Q. test 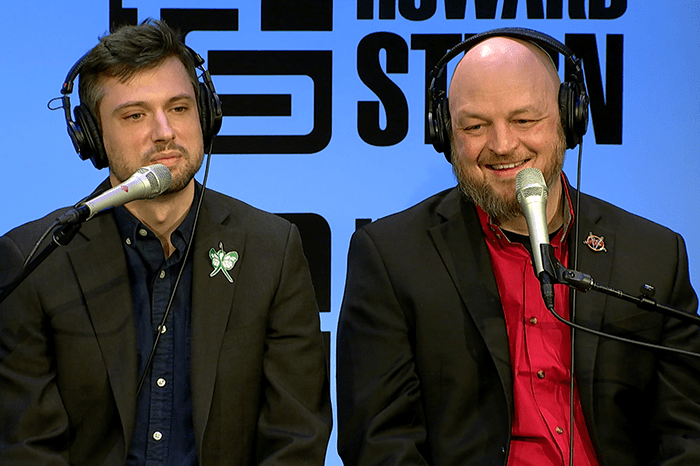 In light on Tuesday’s explosive I.Q. test results reveal, Howard wanted to check in on Brent Hatley, who found himself bested by his co-worker Memet Walker.

Thankfully, Brent seems to have gotten over the disappointment of losing and even got some consolation from none other than Dr. Drew, who appeared on Tuesday’s Wrap Up Show. “He pulled me aside and said, ‘Hey … go look up some articles on working memory.’ And I did. And a lot of academia puts a lot of stock in working memory and saying that’s really the important part,” Brent told Howard in reference to his “superior” score in the working memory category of the test.

To all the fans of @sternshow & @SIRIUSXM thank you for listening today and everyday. Always know, whether you love or hate me, everything I do at work on or off air is for you. Win some, lose some but always thankful to each of you. Without you, none of it is possible. #Respect

There is one person Brent wanted to apologize to for his loss, though. “Gary [Dell’Abate] really wanted me to win and I love Gary. Like, Gary’s one of the greatest guys ever. Seriously, I really love Gary,” Brent gushed about the Stern Show’s executive producer. “And I felt really bad for letting Gary down. Gary’s like the coach of a team and you let the coach down.”

No matter the outcome, Howard assured Brent that he would still be respected on the Stern Show. “I still hold him up as a guy I would go to for an opinion,” he reiterated.