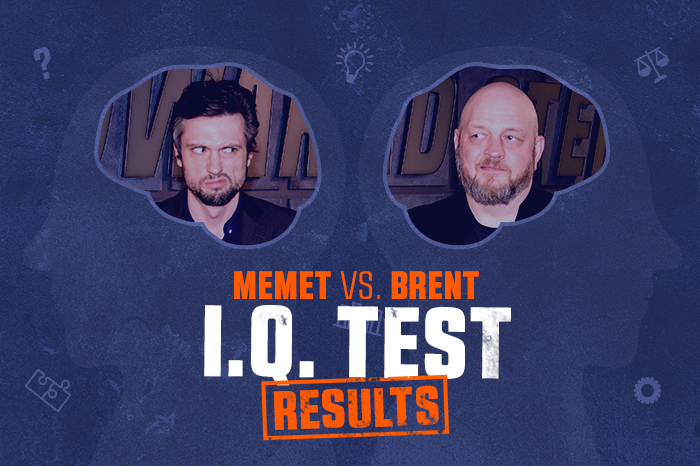 After much fanfare, Memet Walker was crowned champion in his head-to-head I.Q. test challenge against Brent Hatley on Tuesday.

Ripping open an envelope hand-delivered by test administrator and psychologist Dr. Sitt, Howard revealed the official results to a roomful of gasps, cheers, and screams. “The person with the superior intelligence is … with a 121 … Memet Walker,” he read off.

Brent, meanwhile, came in with a score of 112, which lands in line with Ralph Cirella’s 2010 result. 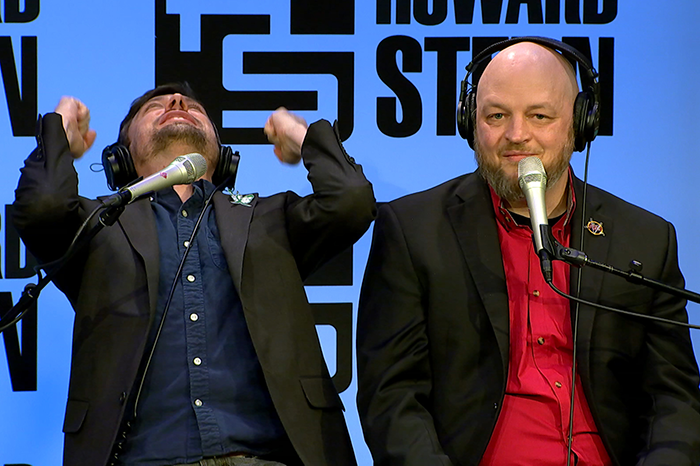 “What an amazing moment. I have so many people I want to thank,” he announced. “Dr. Sitt, the best in the business. You are a true professional. You really, really are. I love you. You’re the best. God, for blessing me with good looks and intelligence. My therapist,” he continued.

In light of the results, Memet also proceeded to hit back at his perceived detractors, firing off taunts at everyone from Gary to “pouty” Jason Kaplan, “big baby Brent,” Steve Nowicki, all of the staff in the back office, Robin Quivers, and even Howard.

“Now I know what people feel like when they win the Oscar. Holy shit,” he gloated. 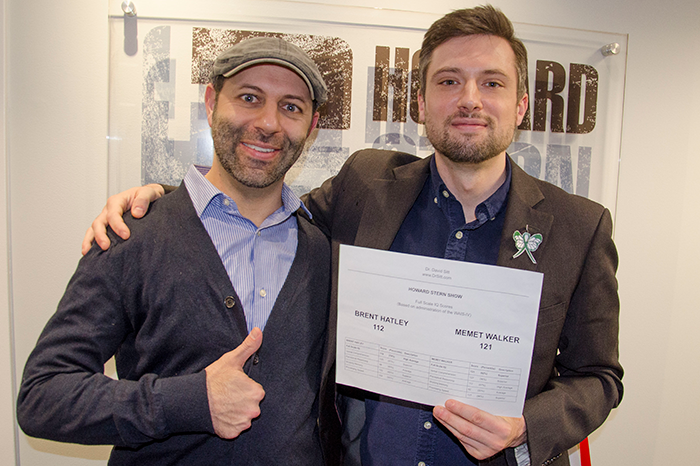 Howard wondered if, after winning, Memet still believed the test was rigged and the staffer claimed that he was just “playing around” with his co-workers.

“The test is real. You cannot fake an I.Q. test,” Memet said, reinforcing Ronnie “the Limo Driver” Mund’s claim that he was playing mind games the entire time.

Conceding defeat, Brent looked dismayed by his performance. “Yeah, it’s a little bit of disappointment, but this is how you do on one test and I’m 46 years old. So, I would’ve liked to have taken this when I was younger,” he told Howard. “I’ll accept the results,” he added, though.

Looking to raise his spirits, Dr. Sitt explained “the test is broken up into four different indexes. And Brent actually scored in the superior range on two out of the four indexes.” The longtime radio producer came in the 93rd percentile in the working memory section and the 91st percentile in verbal comprehension.

See the breakdown of both Brent and Memet’s scores (below). 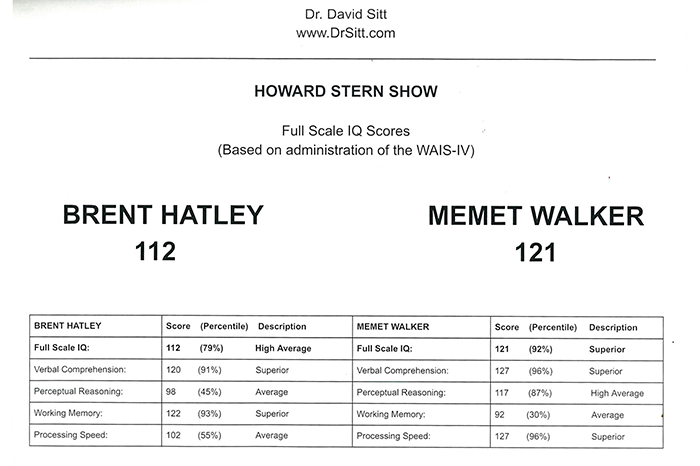 Before moving on to the punishment phase, Memet had one final proclamation to make, telling Howard: “This is the greatest day of my life.” 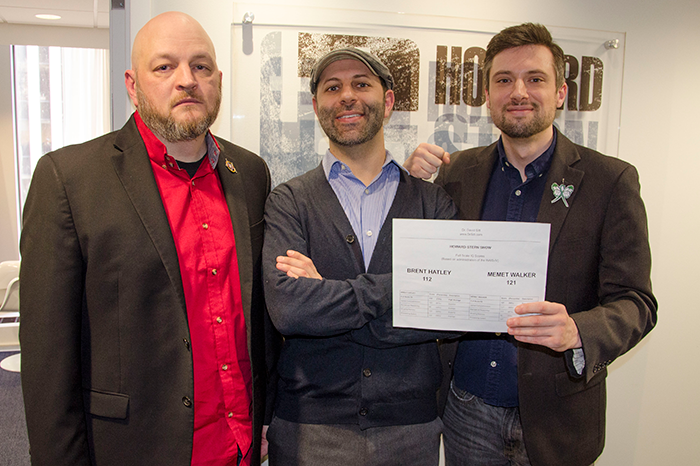