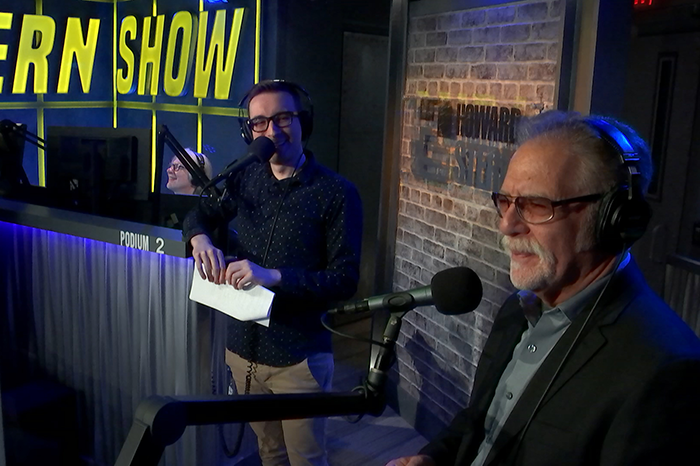 In the wake of Chris Wilding’s report on his flirty encounters with Ronnie Mund, the Stern Show staffer revealed Howard’s limo driver had pulled back and given him the silent treatment.

“It’s so interesting how he interprets your advice on the air,” Chris told Howard Tuesday morning. “He wouldn’t look at me … He was staring at a wall and, like, tapping a plastic spoon like a dementia patient. But only to me. Everybody else around me when they pass him, he’d go: ‘Hey, can I comment on your ass or are you fucking sensitive too?'”

Ronnie claimed Chris was “so full of shit,” but he did admit to making a snide comment about Chris to the staffer who sits next to him.

Despite his remarks, Ronnie was nonetheless fascinated by Chris’s tales of single life and got quite a few laughs out of the stories.