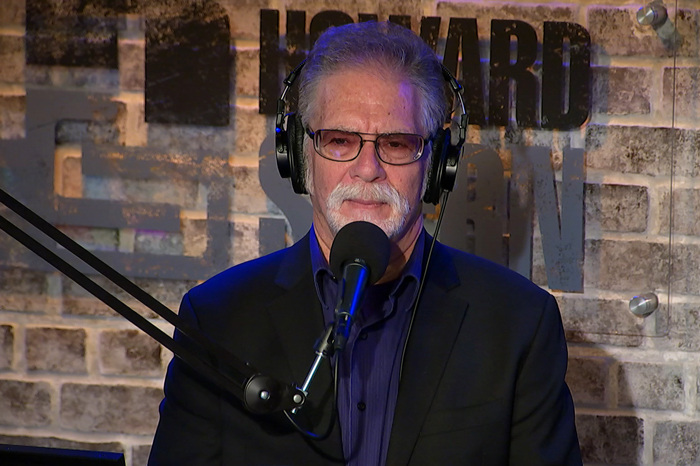 Monday morning’s Stern Show featured a few new song parodies sung by Ronnie “the Limo Driver” Mund who joked about his own seemingly never-ending sex drive. Howard heard that getting Ronnie to record this latest round of musical bits wasn’t so easy, though. Stern Show staffer Chris came into the studio to talk about the great lengths he has to go to whenever he produces a project with Mr. Mund.

“First day, to me and the engineer, he goes, ‘You know how I work, right?’” Chris told Howard of how Ronnie recently entered the recording studio. Some other rules that Ronnie has include only performing on Tuesdays, requiring any lyrics to be printed in a large font, and refusing to sing with a backing track — instead the limo driver allegedly orders the producer to sing a line first and then Ronnie attempts to recreate their sound for the song parody.

“He’s a diva,” Chris said with a laugh. “I worked with theater people for a long time, I know what they’re like, I know how to deal with these types.”

“Don’t ever ask me to do a song for you again,” Ronnie yelled at Chris. 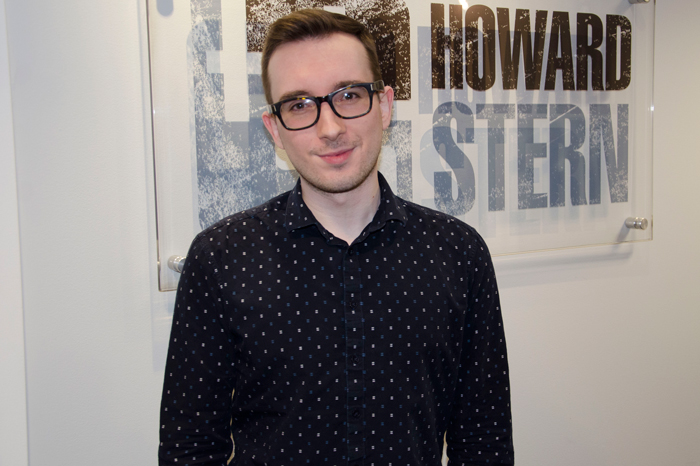 But Howard learned there’s something else going on between Ronnie and Chris besides what goes on in the recording booth.

“There’s a lot of sexual tension,” Chris explained. “Often times I’ll pass him in the hall … he comments on my ass.”

That claim caused a fit of hysterical laughter from Ronnie. Upon catching his breath, he exclaimed, “We’re joking around, you fool!”

According to Chris, Ronnie even seems to be flirting with him at times, including at last year’s Christmas party where Ronnie was especially intrigued by Chris’s ex-boyfriend, sidling up to the two of them and pushing for particulars about their sex life. More recently, Ronnie has been asking Chris for details about a doctor he’s been hooking up with.

“He’s at least bi, I am convinced. He has major gay tendencies,” Chris told Howard.

Chris also wanted to make it clear he has no problem with any of Ronnie’s behavior. “I love playing around with Ronnie. It’s like a creepy ‘Call Me by Your Name’-type situation,” Chris joked. He was even willing to let Ronnie try kissing him in the studio this morning but Ronnie refused.

Something else Ronnie isn’t willing to try is the blow-up male sex doll that showed up at the Stern Show. Staffer Will Murray wanted Ronnie to take it home, try it out, and then record one of his infamous sex toy reviews, but Ronnie told him there was no way he’d do something like that.

“It’s still in the box and I will not blow it up,” Ronnie told Howard. Will is now supposedly “blackmailing” Ronnie, halting all of his other sex toy reviews until he gets it on with the doll.

Before leaving the studio, Ronnie admitted he’s undergone some hypnotism treatments outside of the studio recently in order to help him with his anxiety. Stern Show fans will no doubt remember some of the times Ronnie has been hypnotized on the air, including in 2017 when he was made to believe he was a farm girl named Jamie while riding a vibrating speaker. His private sessions have entailed him picturing a place where he felt most relaxed and Ronnie told Howard that place was a vacation he took to Laguna Beach a few years back because his hotel room had a view of the ocean where surfers used to ride the waves right in front of him.

“You’re thinking about surfer dudes on a beach!” Chris joked.