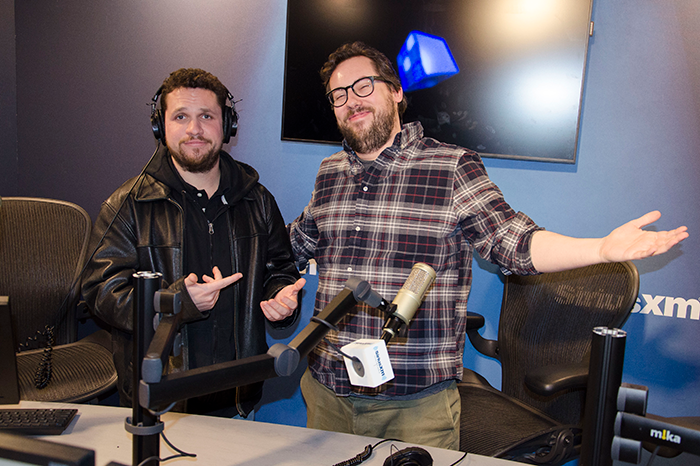 On Tuesday, Howard congratulated JD Harmeyer on winning nearly $3,000 in a SiriusXM office-wide March Madness pool set up by some staffers at the Mad Dog Radio channel. Yet, come Wednesday morning he was dismayed to learn the actual payout to his Stern Show staffer had turned up a little light.

With 148 brackets and a $20 buy-in, JD should have been paid $2,960, but he was actually delivered closer to $2,700 in a mix of cash and digital payments by Mike Babchik from the Morning Men on Mad Dog Sports Radio, who organized the pool.

“He was telling me that there were apparently, like, 10 accounts that he couldn’t account for … He didn’t know who they were,” JD explained of the lost cash.

Howard was disappointed in the lack of decisive action by Mike, and Robin agreed. “Before you close everything up, you make sure you have all brackets sold,” she noted.

Adding fuel to the fire, JD also acknowledged he was pressured over Twitter to tip Mike for organizing the pool, and he ultimately gave up an additional $40 from his winnings.

Howard was incredulous. “I would tip the guy if he gave me my full amount … Let me ask you something, do you tip the waiter who doesn’t bring you your meal?” he asked.

And despite JD’s insistence that “everything is fine,” Howard vowed to make things right for him. “For me to walk down to the other studio and discuss with these gentlemen that one of my own have been wronged … out of respect I believe they would make you whole,” Howard told his staffer to the backdrop of “The Godfather” theme music.

“Do you want justice?” he asked JD point-blank.

After a few mumble-mouthed attempts at shutting it down, JD finally relented. “In a way, I do want justice … I want to know who these 10 people are that fucked around,” he admitted. 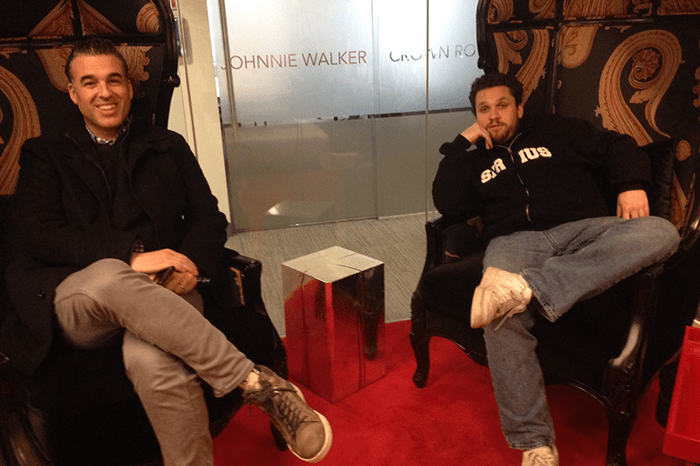 With the Morning Men down the hall, Howard sent Stern Show Executive Producer Gary Dell’Abate down to the Mad Dog Sports Radio studio to confront them live on the air.

“I feel that this is not right that [JD] didn’t get the full amount. He beat the odds. He won the brackets,” Howard told Mike and his co-host Evan Cohen (above).

Mike argued he could not be responsible for these mysterious accounts that he suspected were bots, but Howard was adamant.

“This is personally embarrassing to me when one of my guys gets stiffed, especially by somebody within the company,” the King of All Media continued. “As a favor to me, I would like you guys to go sit down with Chris Russo, tell him about how JD has been wronged, and somebody over there to find his $200 and make him whole.”

Mike wondered if he would be receiving an additional tip for his extra work, but Howard instead made him an offer he couldn’t refuse.

“You are a friend of mine now because you’ve answered me in a reasonable way,” he told Mike. “And you’re going to solve this problem. And when we see each other in the halls, which we will … I will thank you for being a gentleman and handling this for one of my guys. In the same way, if you have a problem with one of my guys and you come to me, I will settle it for you.”

The Morning Men host vowed to try his best and, lo and behold, before the end of day the $200 was delivered to JD’s hands. 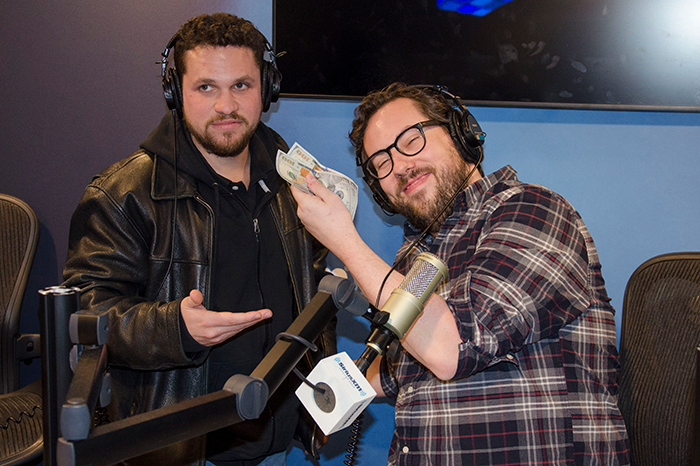