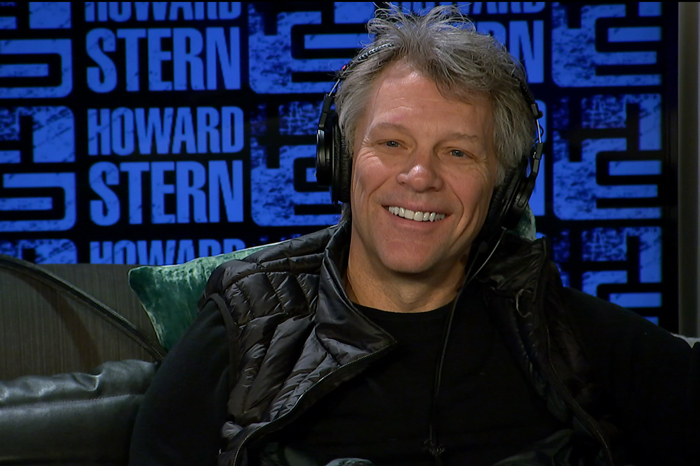 Howard has been hard at work crafting his Rock and Roll Hall of Fame induction speech for Bon Jovi with the ceremony set to take place in Cleveland on April 14.

During his research for the big night, Howard came across a photo from 1987 of himself standing with Jon Bon Jovi and Richie Sambora and reflected on their 30-plus year history together. “I met them when they were first starting out and … I just always had a great feeling for all of them and always was rooting for them,” he said.

Howard did take a break from the writing process to watch Train frontman and frequent Stern Show guest Pat Monahan’s Broadway debut in Rocktopia. The Grammy-winning musician performed numerous songs throughout the show, including Led Zeppelin’s “Kashmir” backed by an orchestra. When Pat visited the Stern Show with Train in 2016, he told Howard about why he loves to cover Zeppelin and even performed “The Lemon Song” live in the studio. Take a listen (below) and catch more from his interview here.