Not to be outdone, Stern Show co-host Robin Quivers also belts out a tune all about Howard’s hair 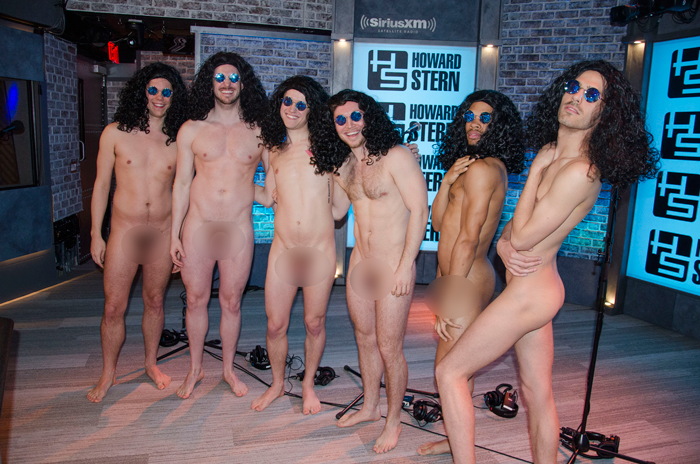 The cast of Photo: The Howard Stern Show

For the fourth straight year, the award for Best Hair in America has been bestowed upon Howard Stern. Mike Gilman from GroomingLounge.com returned to the Stern Show studio on Monday morning to hand Howard his 2018 trophy, revealing he beat out A-listers like Adam Levine and Channing Tatum for this year’s award.

To mark this momentous occasion, co-host Robin Quivers debuted a brand new song all about Howard’s hair, set to the tune of Whitney Houston’s hit “The Greatest Love of All.” Take a listen to her latest performance (below).

Robin wasn’t the only one belting out a song this morning. Howard also welcomed some of the cast of “Naked Boys Singing” back into the Stern Show studio, all of whom were wearing wigs that resembled the King of All Media’s award-winning locks. The nude dudes performed their rendition of “America” from “West Side Story” that even Howard hopped in on, singing a few lyrics of his own. Hear their performance in the audio (below).

Howard wanted to know which of the boys Robin liked the most and after looking up and down the line, she selected Dylan as her favorite. However, his pendulous body parts had nothing to do with her decision. “He just was so enthusiastic and really kept up with the choreography,” Robin explained. 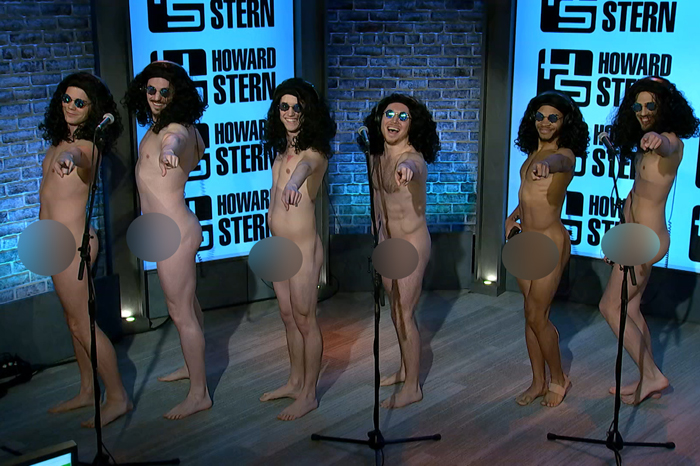 As Mike Gilman presented Howard with his Best Hair Award, he remarked that Howard is the only man in the world to ever win this honor four times. “A record that will only be surpassed, of course, when you win again next year,” Mike joked.

“Has anyone else ever won this award beside me?” Howard asked.

“You are the only one,” Mike told him, though he did stick to his story that the 40 barbers who work at his Grooming Lounge shops vote annually on who they think has the best hair. 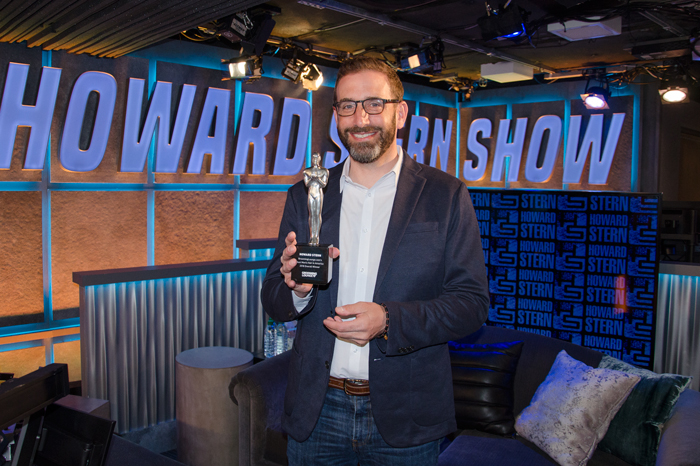 “Thank you everyone who voted for me,” Howard said sincerely before turning to Mike and joking, “If you wouldn’t mind, present me with my fifth win now … and we don’t have to have you in here next year for this very, very silly award.”

Visit GroomingLounge.com and use the promo code NORTHSHORE at checkout.