With his wedding fast approaching, Stern Show staffer JD Harmeyer has adopted a new workout regimen ahead of the big day. On Monday, he not only told Howard about his situp and push-up routine, he demonstrated his form live in the studio.

“The past few weeks I’ve been doing a certain amount of push-ups and situps every day,” JD said before hitting the ground to show off his situp abilities. “Today I’ll start doing 60 push-ups and 120 situps.”

JD worked his abs in front of the Stern Show couch while executive producer Gary Dell’Abate counted each crunch. He then rolled over onto his hands and feet and completed a few push-ups. 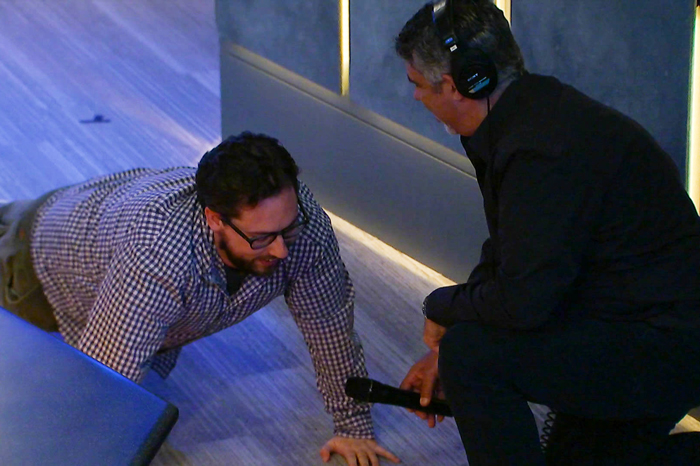 “I can’t believe I fucking did that,” JD said, slightly out of breath.

With this new daily dose of exercise, JD is hoping he’ll slim down before being sized for his suit that he’s buying for the wedding, which he said on Monday will most likely be gray. Howard remembered what happened to JD’s last suit after he left it on the floor of his room — the garment got destroyed by mice but JD didn’t notice the holes in his suit until he was already on his way to the wedding he was going to wear it at.