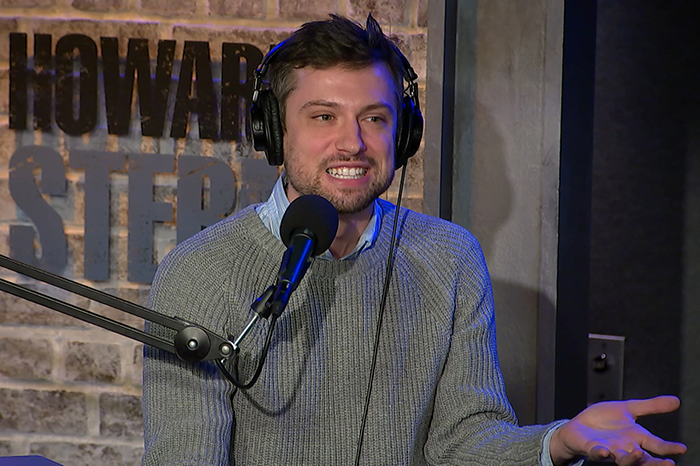 Bobo has once again failed to learn an important lesson. Only months after getting busted for sending Shuli Egar an explicit video, Bobo was confronted for sending another Stern Show staffer, Memet Walker, unsolicited pornographic videos on a regular basis.

“I just thought Memet would be into it, you know, because he’s on all these dating websites,” Bobo rationalized.

Memet said he wasn’t looking to get Bobo into trouble, but was simply puzzled. “I understand I’ve talked about sex on the show and stuff, but what have I ever said that makes you think I would like a 10-foot stream of piss coming out of a girl?” he asked.

“Some guys dig it,” Bobo said.

Moreover, Memet wondered if Bobo picked up on the fact that he never actually responded to the messages. “After I didn’t reply to, like, 10, did you think maybe I’m not into it?” he questioned.

Before leaving the studio, Memet also addressed reports from the back office regarding his thoughts on “girl’s music.”

The Stern Show staffer expounded his opinion that “if it’s a female singer, usually it’s catered towards a female audience.”

Needless to say, the the rest of the staff seemed to disagree with him.