“Close your eyes and take a nap for 10 minutes so you can come back to life,” Howard instructs him 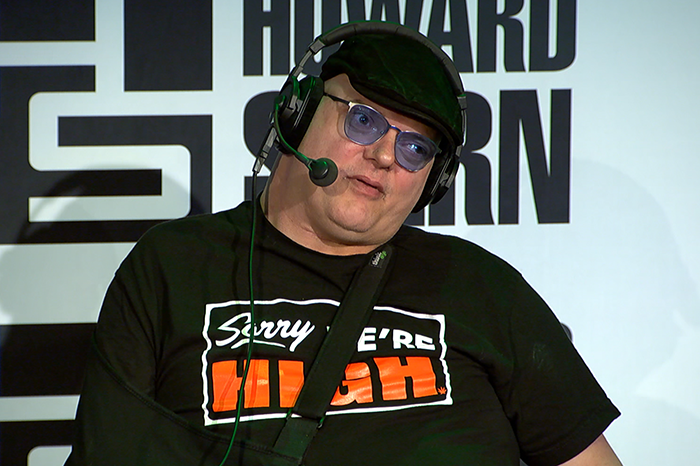 All of the Wack Packers who gathered to pass judgement on Marfan Mike seemed to be shot out of a cannon Tuesday morning as they descended on the Stern Show studio, but none more so than Jeff the Drunk who could be heard erupting in outbursts from the opening seconds of the broadcast.

Jeff’s demeanor quickly changed, though, as the morning progressed and his voice became increasingly lethargic.

Under questioning, the Wack Packer admitted he smoked three “bowls” of marijuana, drank a six-pack of beer, and even ate a pot-laced edible prior to arriving at the studio. “I ate the big square,” he said.

Howard was baffled, pointing out that Jeff has been calling the back office nearly every single day since his last appearance two-and-a-half years ago, begging to return to the studio. “And now you’re here and you took so much pot and edibles that … you’re falling asleep.”

“Let me drink here and everything would be okie-effing-dokey,” Jeff pleaded with the King of All Media. 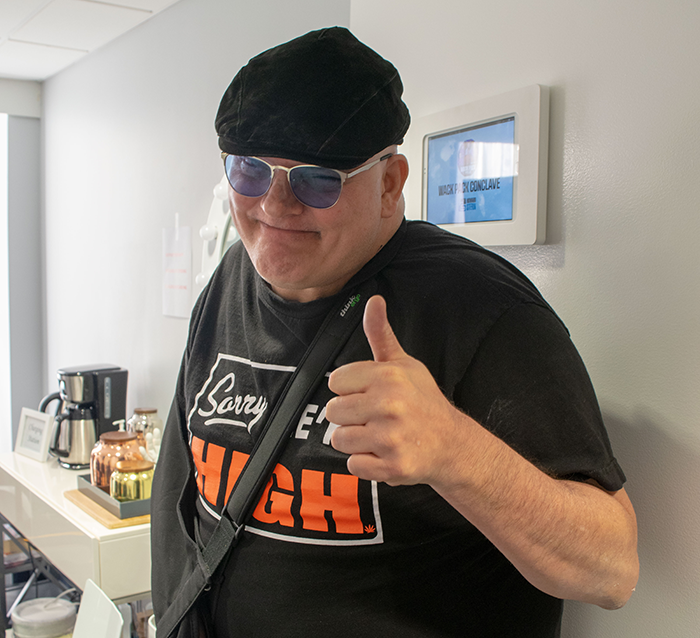 Always the voice of reason, Wendy the Slow Adult stepped in to conduct an impromptu intervention for her fellow Wack Packer. “You need to quit your beer and you need to quit the weed,” she told Jeff. “You’re high as a kite.”

“The guy only wanted to get in here and now … he’s just half asleep,” Howard continued in disbelief.

Jeff had little in the way of a response, simply mumbling, “shit happens.”

“Close your eyes and take a nap for 10 minutes so you can come back to life,” Howard instructed him ahead of the official Wack Pack Conclave vote.