Plus, Howard contemplates if she is his No. 1 fan 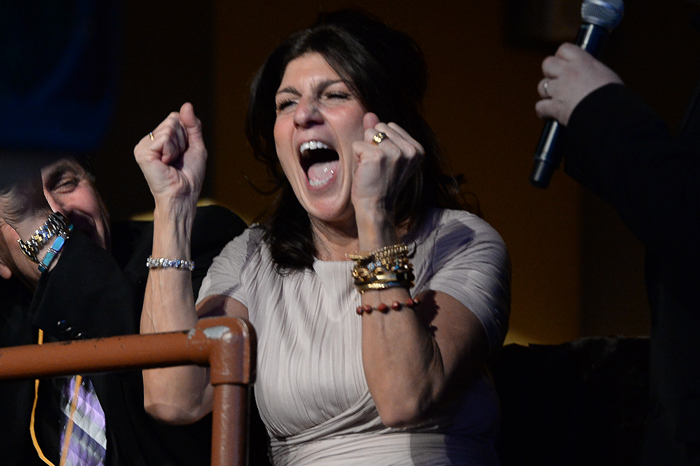 Mariann from Brooklyn may very well be the loudest Howard fan, but is she his No. 1 fan?

Ralph Cirella asked the question Tuesday morning and after some contemplation, Howard figured she must be. “Mariann, you’re the No. 1 fan,” he told his longtime caller as she reacted with a cacophony of excitement.

Further proving the point, Howard played tape Mariann had recorded of herself while watching his recent episode of “My Next Guest Needs No Introduction with David Letterman.”

As expected, Mariann completely lost it before Howard even reached the stage. “Mind you, she was in the audience. She had already seen this interview,” the King of All Media pointed out.

Throughout the show, Mariann continued to talk to Howard through the TV, praising his appearance and wondering what life would have been like if they met in high school.

In one particularly frantic moment, Mariann even verbalized her inner monologue. “What’s wrong with me? I’m addicted to Howard Stern. My name is Mariann from Brooklyn and I got a problem,” she declares before quickly correcting herself. “It’s not a problem! It’s a good thing!”