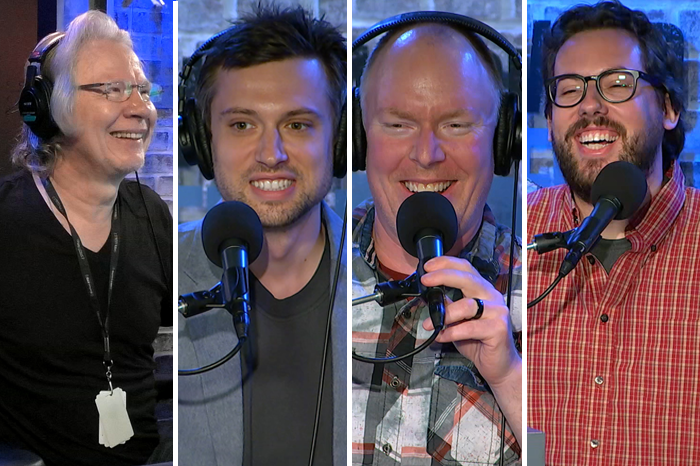 The new round of staff lie detector tests got off to a rocky start after the show on Tuesday, but not for a reason anyone predicted.

“It turned out … more people were having difficulty with the test question,” Howard explained with a laugh.

“During the break, Ed called me aside and goes, ‘I don’t want to tell you who, but somebody lied about their name already,'” Jason Kaplan recounted.

Fred Norris was the first to admit he might’ve gotten tripped up considering in 1993, he legally changed his first name to Eric. While the new name didn’t catch on in his work life, it still led to some confusion. “I get such shit about my name on the air, I started second-guessing myself,” he said.

JD Harmeyer, meanwhile, wasn’t sure whether it would be considered truthful to confirm his initials or his full name, which is Jamie.

Similarly, Benjy Bronk questioned whether he should go by Benjy or the more formal Benjamin. “He can question anything until it’s meaningless,” Jason said.

The trouble didn’t end there for Ed, either. It turns out both Richard Christy and Memet Walker go by their middle names instead of their given first names.

“I’m Thomas Richard Christy Jr.,” Richard told Howard. “My dad goes by Tom, so I go by Richard just so we don’t get confused.”

Likewise, Memet’s birth name is Adrian, but he said his parents have used his middle name since he was a baby. “They didn’t know what they wanted to call me,” he said.

“Why don’t you change your name again to, like, Johnny?” Howard joked.

Stay tuned for the results of the latest round of staff lie detector testing soon.