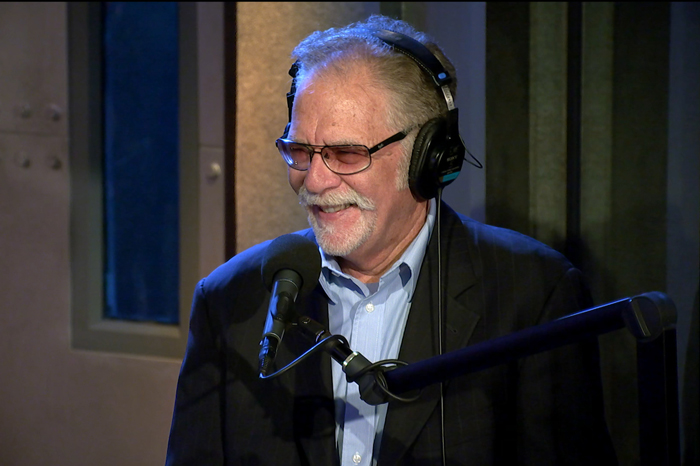 The 68-year-old spent his Saturday night at not one, but two separate parties which left him speaking in a raspy whisper once the weekend was through.

The first festivity was a Sweet 16 that kicked off around 5:30 p.m. Ronnie explained the fancy affair looked more like a wedding than a party for a teenager. Then, by 10 p.m., Ronnie had arrived at his second party of the night where he sang karaoke until he could sing (and speak) no more.

Despite the fact she snapped a few photos throughout the night, Ronnie admitted he encouraged his fiancée Stephanie to refrain from taking pictures of him.

The same could not be said for the paparazzi who caught Howard’s famed limo driver and head of security escorting Mandy Moore out of the SiriusXM building after her interview last week. Take a look (below).

Mandy Moore got a special escort back to her car after her @SternShow interview: Ronnie the Limo Driver (@rmlimodriver69)!!! https://t.co/V68kB1n2UD