“They were like giggling lovebirds,” Howard says of the Stern Show staffer and the polygraph expert 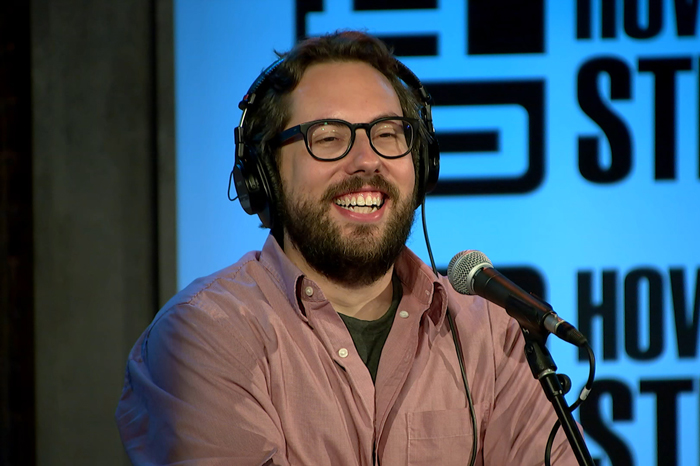 “They were like giggling lovebirds,” Howard said of JD and Ed’s interaction.

Stern Show staffer Jason Kaplan was in the studio and saw what went down. “It was almost like being on a date with somebody,” he described.

After several attempts at reading off his question, Ed eventually requested a break in order to settle JD down.

“I can’t get through with him,” Ed said on the tape, while still chuckling. “Don’t giggle!”

Hear Ed Torian and JD Harmeyer’s mutual laughing fit in the audio (below) and tune in Tuesday when the Stern Show Staff Lie Detector Test results are revealed!