“Brent, I love you, buddy … there’s no hate,” the longtime D.J. says over the phone 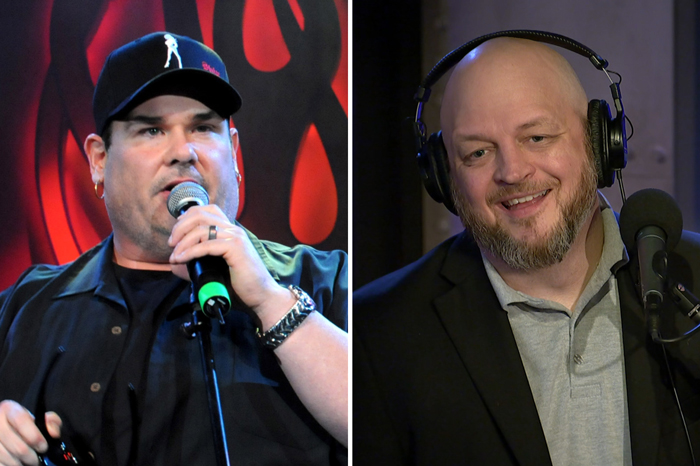 Howard helped two friends and former colleagues settle their differences live on the Stern Show Wednesday morning after he heard about a recent rift between Bubba the Love Sponge and Brent Hatley. Brent worked on Bubba’s radio show for several years before joining Howard’s team and though he left his post there on good terms, his former boss was none too pleased by something the current Stern Show staffer posted on social media.

“He’s very upset because I thanked a bunch of people in radio that I’ve come in contact with along the way,” Brent explained in studio. One of those people was someone Bubba has long feuded with professionally and upon seeing Brent’s post, he felt his friend was being disloyal. That led to a parody song set to the tune of Elvis Presley’s hit “A Little Less Conversation” in which Ned, one of Bubba’s staffers, sings about wanting a little less Brent and a little more Ronnie on the Stern Show. Bubba even emailed the song to Howard to get his take on it.

Though Bubba was on the air hosting his own radio show, Howard was able to get him on the phone on Wednesday to sort through his conflict with Brent. “I’m so disappointed and feel betrayed because Brent is truly one of my best friends in the world,” Bubba told Howard.

In addition to what Brent said online, Bubba also feels his former producer has simply changed as a person since he moved out of the Tampa, Fla., area. “Brent, we know you, so stop. You get up there in New York and try to act all fancy,” Bubba said over the phone.

If Brent did change, he maintained it was all for the better, telling Howard how “cutting negativity” has helped him in his daily life. “I’m letting it all go. Bubba’s very upset so, when he’s upset you can’t talk to him,” Brent continued.

Bubba made it clear, though, any bad blood between him and Brent will no doubt be short-lived, even telling Howard he loves Brent “like a brother.”

“Brent, I love you, buddy. There’s no hate,” Bubba said. “And you gotta admit, the song was pretty funny.”