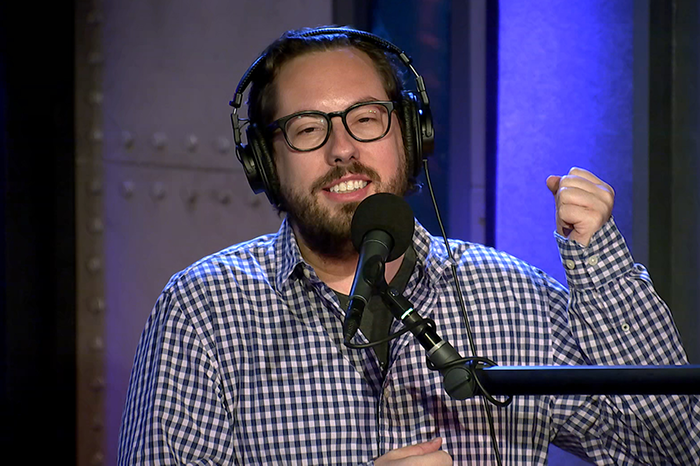 After experiencing a few unrelated symptoms, JD visited his doctor who discovered microscopic hematuria, or trace amounts of blood in his urine. To be safe, the doctor sent him to a urologist for further testing.

Unfortunately, to be totally sure JD didn’t have a more serious ailment, the urologist suggested he undergo a cystoscopy, a procedure in which a camera would be stuck up his urethra to examine his bladder.

Despite the nurse applying a numbing gel to his manhood, JD told Howard it was not a pleasant experience. “It stings. It’s very stinging,” he said of the tube sliding up his urethra.

While he felt the girth of the instrument being inserted inside of him, JD couldn’t attest to the size as the doctor told him to look away and just focus on breathing. “I was, like, breathing like I was giving birth,” JD recalled with a laugh.

Asked to rank the pain on a scale of one to ten, the staffer placed it at somewhere between a seven or eight.

Things didn’t get any better after the procedure was over, either. “It stings pretty bad and then afterwards, you know, you got to deal with peeing blood,” he said. “I had, like, blood stains in my underwear after I had walked home.”

Although many of his male co-workers were left cringing from the story, Robin Quivers had less sympathy for JD. “Have you ever had any real pain?” she asked him, pointing out the toll of childbirth on women.

“I once almost choked on a Gobstopper. That wasn’t good,” JD replied after searching his memory.

Thankfully, after all of the testing, JD was medically cleared to return to his normal life. He told Howard he has been trying to improve his overall health by working out more and eating better.