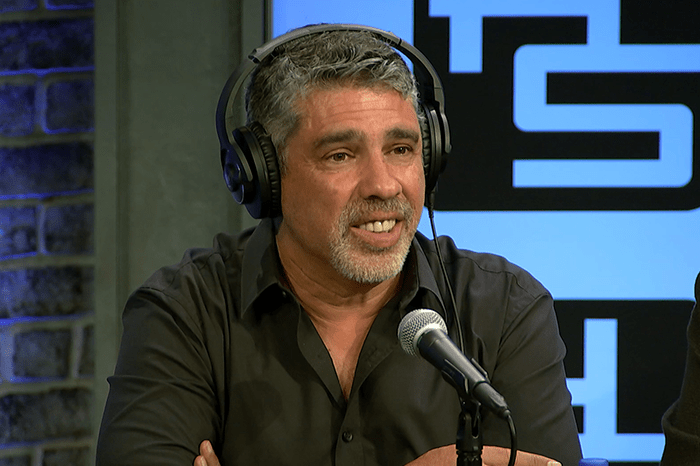 Gary Dell’Abate has taken quite a beating as of late on the Stern Show and based on feedback from listeners, the fans are loving it!

From his reaction to Sal Governale’s “Dell’Abito” song parody to his unpopular opinion on the radio call letters KOME, there have been an onslaught of jokes at Gary’s expense recently. Yet, as he has for more than 30 years, the Stern Show executive producer is enduring it all in good spirits.

“I’m yelling at Gary the way my father would yell at me. It would never end,” Howard recognized.

“By the way, that’s your biggest tool, Gary agreed. “It never ends.”

The hardest part, in his opinion, is when Howard moves on to a new topic and proceeds to circle back and get worked up all over again.

And speaking of getting worked up again, Howard admitted he re-listened to Gary’s rap on KOME and still couldn’t understand his perspective.

“Are we doing this again?” Gary questioned cautiously before trying to reiterate his point. “I never heard of KOME until we went on that station in, like, the middle to late ’90s. I thought the whole ‘KOME shot’ thing was the most juvenile fucking thing at that point. So, maybe it was cool in the ’70s,” he offered.

This explanation left Howard and Robin even more baffled, though.

“Our phone number is 888-9-ASSHOLE,” Robin even pointed out with a laugh.