“This sounds better than it has any right to,” Robin Quivers praises 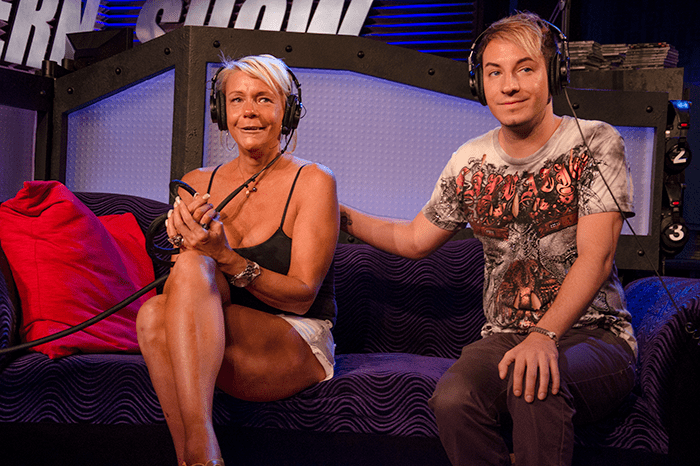 It’s been five years since the release of her hit dance track “It’s Tan Mom Bitch” and it seems the artist formerly known as Tan Mom is ready to have her Prince moment with a new single.

Joined once again in the recording studio by producer Adam Barta, Patrica Krentcil revealed she’d like to shed her infamous nickname in favor of “Patricia Marie.” Moreover, in behind-the-scenes interviews provided by Barta, Patricia even distanced herself from fellow Stern Show Wack Packers.

“I just was thrown in this Wack Pack. No clue what the hell a Wack Packer is,” she tells him in one clip.

Additionally, when she got on the mic to freestyle some lyrics, Patricia continued to harp on the subject. “The song kind of took on an ‘I’m not a Wack Packer’ kind of vibe,” Howard noted.

Adam’s audio also offered some insight on his recording process with the recent beauty battle winner. “I thought she sang to music when she did these songs—she just goes in there and starts ranting and raving and then they put it to music,” Howard described with a laugh.

It’s no easy feat putting together the song, either, especially considering Patricia mistook the recording booth for a shower when she first arrived.

Despite the hiccups, Adam worked his magic and the end result is a soon-to-be released track entitled “Free 2 Be Me.” Hear a preview (below).

Fellow songstress Robin Quivers, for one, was a fan. “This sounds better than it has any right to,” she praised.