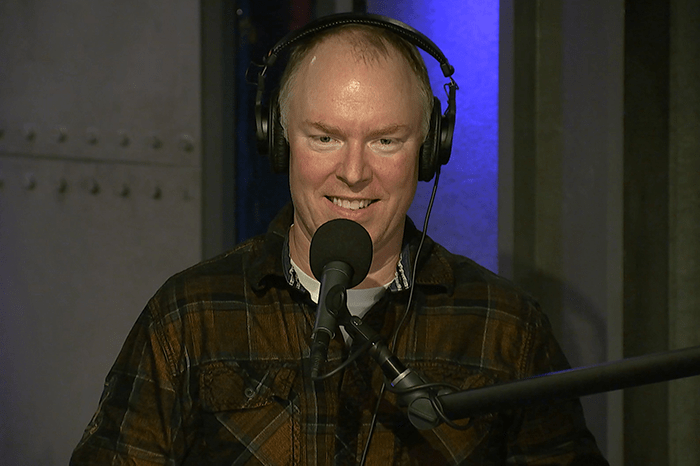 “When it’s put all together, it’s a symphony.” Howard said, adding, “This is an art. It represents three months of a man’s life.”

“Happy 69th birthday to my great grandfather Ronnie Ben Zover, from Stephanie Pegsmee,” one radio host read (above). “I’m going to fill you with so much joy today for your birthday.”

“How do they not know what they’re saying?” co-host Robin Quivers wondered.

The key to getting the Ronnie puns read on air is manipulating the spellings of the names to disguise the dirty jokes, Howard explained: “Like, Ronnie’s Butt Plug is Ronnie S-P-U-T-P-L-U-G.”

This isn’t the first time Richard has put together a montage of phony phone calls for a Stern Show staffer’s birthday. He and Sal Governale worked over a year on a birthday package they unveiled for Robin in August. Check it out here.