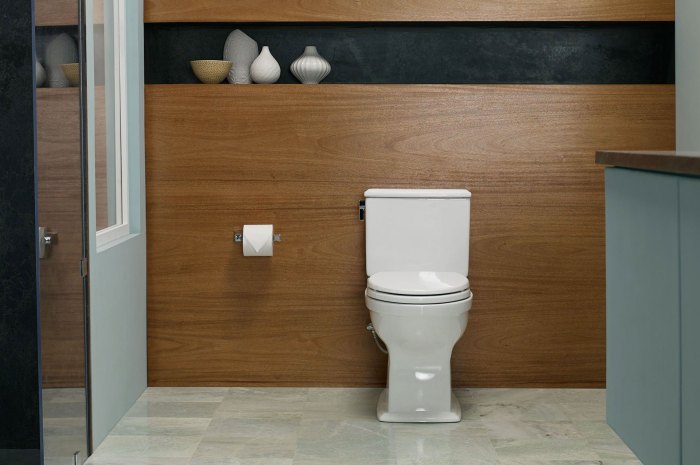 Wednesday’s Stern Show opened with a phone call from a man named Austin who needed help with his recently purchased Toto toilet. Unsure if he was using it right, Austin asked Howard to for pointers on how to wash away all remnants after going to the bathroom. Howard told Austin he’d owned the Toto toilet for years and had nearly abandoned all hope himself before stumbling across a surefire way to comfortably clean his nether regions.

But everything changed one fateful morning after he accidentally put the water blast feature on high. “It caught me by surprise because the water was way more forceful—like the difference between what the fire department uses to put out a fire and your garden hose,” Howard explained. He then realized he could get even cleaner by letting the water creep on up there, and holding it in for a bit before releasing – something he called his “burping method.”

“You know what this is?” co-host and fellow Toto user Robin Quivers explained. “You’re basically saying you’re doing a mini-enema.”

Whatever one might call it, Howard’s bathroom habits continued evolving and soon began to work wonders. “Water was going in and coming out at the same time,” he explained. “Like a tsunami.”

“I dry off and, I got to tell you, I feel fucking great,” he added.

Howard offered to coach Austin through the process next time, should the need arise, and left the caller with one final kernel of wisdom: “The secret is let your asshole become one with the water.”