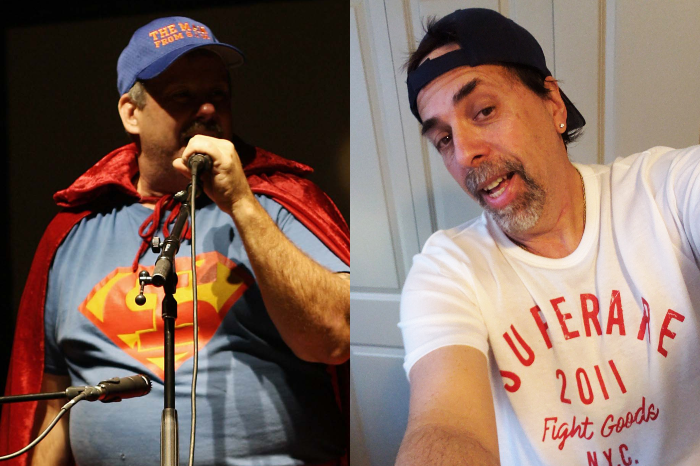 But before the professionals took their seats on the dais, frequent callers Bobo and Speech Impediment Man were given the first opportunity to take a crack at roasting the birthday boy. Bobo fired off the jokes he had written down and each was in some way critical of Ronnie’s oft-discussed driving.

“You’re so short that when you’re driving it looks like nobody’s in the car,” Bobo began.

“With all of the sudden stops that Ronnie makes when he drives, it’s like having a car on Tourette’s,” he continued.

None of Bobo’s jabs wound up scoring any laughs, leading Howard to offer this advice: “It is not easy to craft a joke. It’s best left to professionals.”

Next up on the phone was Speech Impediment Man, who recently finished third place in a stand-up comedy competition.

“Ronnie is Howard’s security guard,” Speech Impediment Man began. “His first line of defense is hitting them with his colostomy bags. The second line is clutching his Lifeline Alert.”

He followed it up with two jokes about Ronnie and gerbils before getting a few chuckles by saying, “Even Ronnie’s blow-up doll ran away from him.”

“I want to make an announcement to my audience: This is not the roast,” Howard said during Speech Impediment Man’s call. “We have a professional roast happening.”

Howard conceded Speech Impediment Man was better than Bobo and wondered if he just needed more time to work on his material. “I think by Ronnie’s 169th birthday he’ll be on the dais because he’ll be ready by then,” Howard said with a laugh.