Stern Show staffer gets candid during a run in Central Park 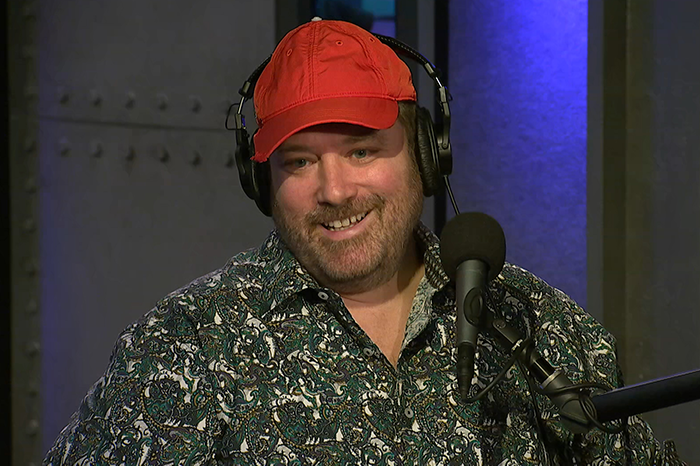 Before turning his attention to a panel of Stern Show staffers ready to present their favorite previously unaired material on Wednesday, Howard first wanted to address tape of a recent interview conducted with longtime employee Benjy Bronk.

“We interviewed Benjy while he jogged around Central Park and we thought it would be funny to hear him answer personal questions while he was out of breath,” Howard explained. “But what it turned into was something, I think, deeper.”

Despite working a job many would dream of, Benjy confessed during the mid-jog discussion to having aspirations of something more in his career.

When pushed on whether or not he’s actively pursuing those opportunities, Benjy came into the studio and told Howard he has been trying stand-up at small clubs and has done improv in the past. “One of the problems with when I go out is I’m always, at these kinds of things, I’m recognized. And I don’t want to be recognized,” he explained.

Moreover, Benjy also revealed one change he would like to make in his personal life if he could. “I wouldn’t be fat, which is crazy. That’s a decision I can make right now, not to be fat,” he said.

The problem for Benjy seems to be his habit of over-eating. “I pig out,” he admitted. “Like the other night, I was exhausted and I couldn’t get to sleep—and there was all these cans of beans in my place.”

Benjy said he proceeded to indulge in cans upon cans of black and garbanzo beans, even going so far as to drink the excess liquid from the containers.

As far as his Stern Show duties were concerned, Benjy expressed interest in becoming a more permanent fixture on the Wrap Up Show, but co-hosts Gary Dell’Abate and Jon Hein weren’t so sure.

“I love you Benjy, but you tend to derail what’s going on,” Gary said. “You’re a contrarian and sometimes Jon and I have a chemistry and we’ll be talking and you’ll just jump in.”

Instead, Gary questioned why his co-worker seemingly moved away from his winning formula of participating in hilarious stunts and field pieces. “Benjy, I think there’s a reason that you stopped doing it and I’m wondering what it is, because it’s what made you really loved here,” he said.

After some contemplation, Benjy countered he has much more passion for “having actual dialogue with people than just doing bits.”

That dialogue may not be happening in the back office, though, as Benjy raised some candid complaints about his co-workers, including Fred Norris.

“I don’t like the way he treats me,” he said of Fred, who was baffled by the gripe.

Jason Kaplan, who was also singled out, said that despite any feelings Benjy may have, he is welcomed with open arms into the show’s creative meetings. “It is exciting to have Benjy in a meeting because he’s a very good writer … and he’s very funny and he always has an idea that’s different than somebody else’s,” he praised.

Howard agreed and suggested, in addition to focusing on his aspirations of conducting interviews and doing stand-up, Benjy should consider a change of perspective to celebrate the things he has already accomplished in his career. “How many guys have lasted 20 years writing comedy on a radio show?” he pointed out.