“I was calling because I had, like, a little situation happen,” she tells Howard 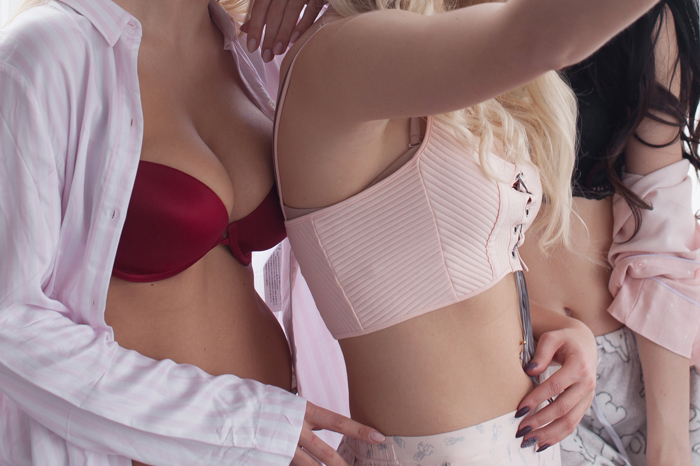 Janet, who said she was calling into the show wearing only panties, described her latest intimate encounter while several Stern Show staffers scoped out her Instagram profile. “I was calling because I had, like, a little situation happen,” she began.

“This is how all threesome’s start, Robin,” Howard interjected.

As Janet told it, the three enjoyed a few drinks while “doing things around the house, next thing you know he grabs my ass.” It wasn’t long before Janet and her female friend were making out and clothes started coming off, though she recalled how the boyfriend had trouble getting her skin-tight pants off since she was wearing boots.

“This guy’s not even famous,” Howard joked, adding “Nothing like this ever happened to me.”

“Oh my God, are you up for that?” Howard asked.

“No, that’s just too much for me,” Janet admitted. “It really was.”

The new couple arrived just a few minutes later and Janet admitted the new woman was “naturally beautiful,” reminding her of Megan Fox. But the prospect of getting intimate with all those people made Janet nervous. That didn’t stop the Megan Fox lookalike from making a move on her, however—she apparently complimented Janet on her beauty and kissed her while her male companion tried holding Janet’s hand.

According to Janet, the newly arrived male’s gaze was just a bit too strong and it made his partner jealous. “He was, like, staring,” Janet explained. “You could tell he wanted to go in, and she was not about that.”

Neither Janet nor her friend’s boyfriend were happy to be hosting this new couple so Janet’s friend eventually kicked them out. With the original three back together, Janet and her friend changed into some short robes and high heels and began making out again while the boyfriend watched. One thing led to another and soon the couple was having sex while the woman was on top of Janet.

Howard had one final query for Janet before moving on. “This is a silly question, but did you ever finish decorating the house?” he asked.

“No,” Janet laughed. “The boxes were exactly the same.”