Plus, Benjy Bronk and Richard Christy come in the studio to try and “blow” the Wack Packer away 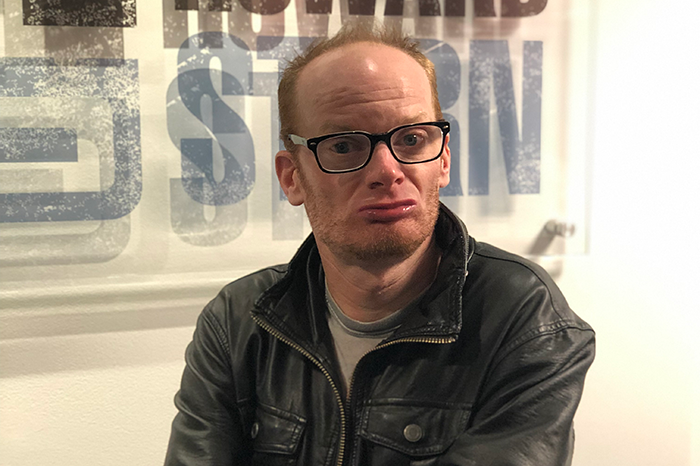 Medicated Pete is proud of many things in his life, but chief among them is his larger-than-average penis. Yet, as he told Howard on Monday, the oversized asset hasn’t helped him lately in landing a date.

The last time Pete was intimate with a woman was a few years ago when he had a girlfriend. While he said “the sex was beautiful,” the woman’s parents weren’t big fans of Pete and caused the relationship to end.

Pete also added that, while he is only interested in women, he has been frequenting the locker room and sauna of his local gym where he believes he receives some glances from men admiring what Pete has between his legs.

“I just like showing it off,” he said. “I love the compliments, you know? And I’m flattered about it.”

Having already dropped his pants in 2016 to get Robin Quivers’ opinion of his penis, Pete was interested this time around in getting Fred Norris’s take on it.

“Sure, let’s see what you’ve got, bud … I’ll give you a reaction,” Fred humored him.

After taking a moment to position himself, Pete approached Fred and slid down his trousers to give him an unobstructed view. 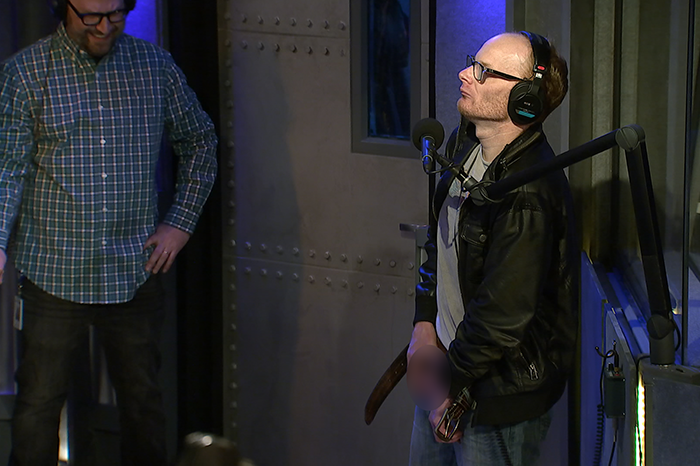 JD Harmeyer and Shuli Egar quickly jumped to Pete’s defense. “I will say, having seen it numerous times, that was not the normal showing that I’ve seen,” Shuli maintained. 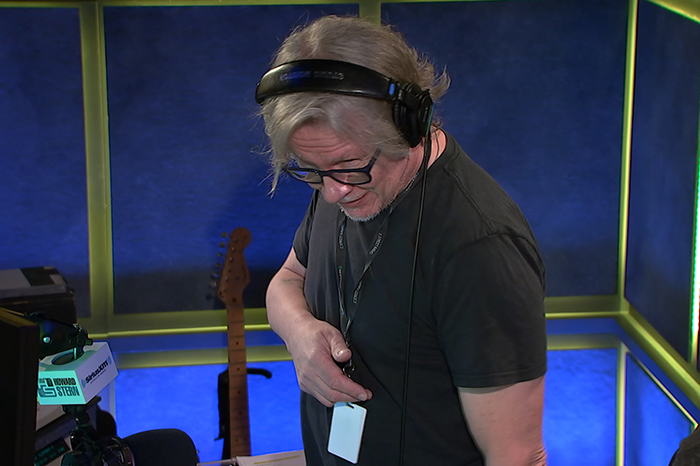 The slightly deflated appearance could be explained by the fact that Pete recently suffered an injury of sorts to his manhood. He described for Howard how he banged it on the sink in his bathroom while he was naked and at “full mast,” causing some discomfort.

Looking to help Pete leave the studio on a high note, Benjy Bronk jumped in to offer his assistance. “I did have an idea. If Pete would pull his pants down again, I’ll get close to his cock with my face and blow on it … I think I can make it hard by blowing on it,” he asserted.

With Richard Christy agreeing to help, Pete dropped trou once again and closed his eyes to be sweet talked by the two staffers. 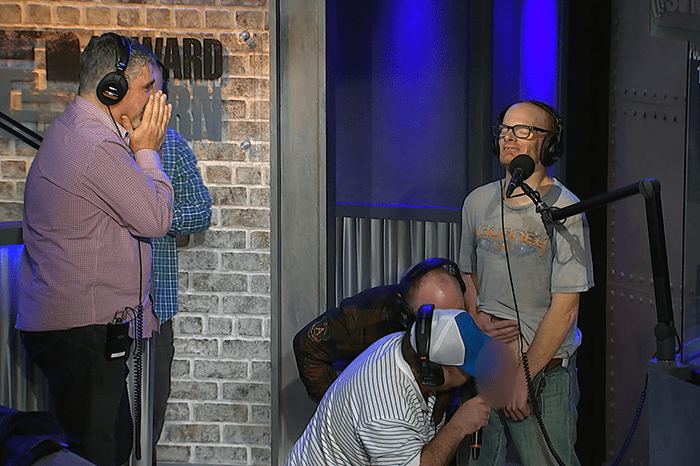 “Just think of something sexy to you,” Benjy instructed Pete before huffing and puffing onto him with some assistance from Richard.

Pete confirmed he felt no arousal, but called the experience “interesting” nonetheless.