Robin Quivers announces her retirement from singing on the Stern Show 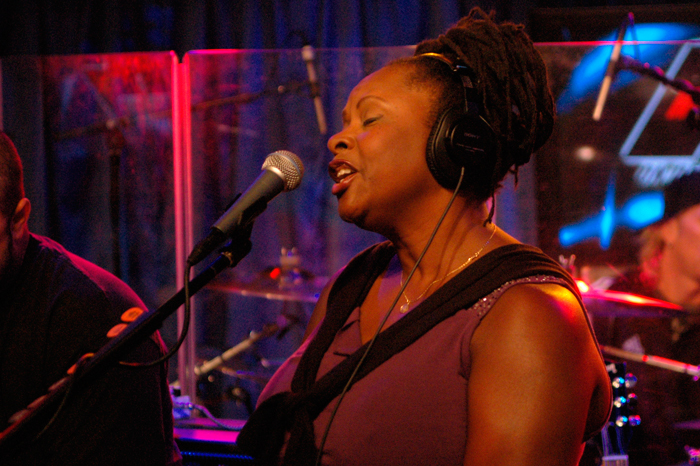 Robin Quivers singing on the Stern Show in 2006 Photo: The Howard Stern Show

Christmas Week continued on Tuesday’s Stern Show with a bombshell announcement that left Howard in shock. While everyone is eager to hear Robin Quivers’ latest holiday duet with a surprise superstar musician, she let it be known this performance will be her last.

“After this I am retiring from singing,” Robin stated in the first few moments on this morning’s show.

Howard told his co-host she should absolutely reconsider since her singing has been such a big hit with Stern Show fans. Over the past few years, Robin has covered everything from the national anthem to TV commercial jingles to chart-topping pop singles. She even did a memorable duet last year with Adam Levine on the song “Baby, It’s Cold Outside.” But despite her nonstop hit parade, Robin admitted she and her producers aren’t seeing eye to eye anymore.

“They have a vision that’s not mine and so we’re having creative differences, I suppose,” Robin said of her producing team, telling Howard she feels they’re giving her too much direction in the recording studio. “It’s hard to explain, when you’re an artist, that you don’t want to do everything somebody might want you to do.”

As insistent as Robin was that her singing days are done, Fred Norris suspects she’ll be back in the booth again someday. “I’m kind of thinking this might be like Sinatra when he retired first in 1971 and then he came back. I don’t think she’s over, she’s just taking a hiatus,” he told Howard.

Only time will tell if tomorrow is truly Robin’s swan song. Tune in to Wednesday’s Stern Show to hear what will no doubt be a memorable music performance!