Hear the Stern Show cohost and Maroon 5 frontman sing ‘Baby, It's Cold Outside’ 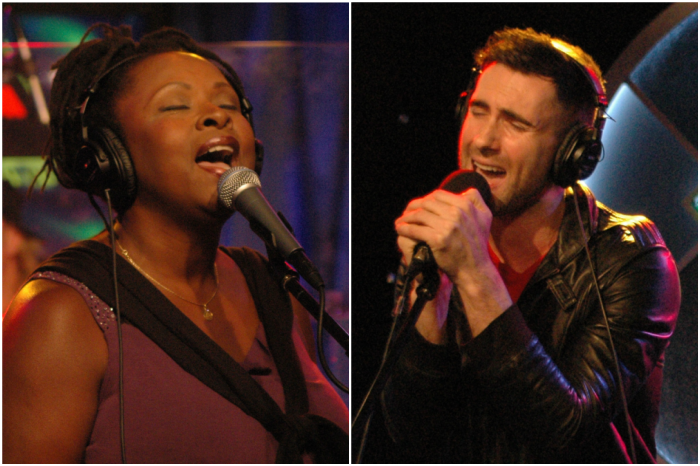 It wouldn’t be a holiday party unless Robin Quivers sang a Christmas song. This year, the Stern Show cohost was willing to share the spotlight with fellow revered vocalist Adam Levine. She and the Maroon 5 frontman did a romantic duet of “Baby, It’s Cold Outside” on Wednesday’s special Stern Show, much to Howard’s delight.

Take a listen to Adam Levine and Robin (below).

“I have the chills,” Howard told Robin.

“When you can duet like that it means there’s chemistry,” Robin said of her singing partner. Don’t forget, Ms. Quivers recently revealed to having a bit of a crush on Adam, so it’s no wonder their performance was as good as it was.

To close out the Christmas show, Robin got on the mic all alone for a solo performance of “Do You Hear What I Hear?” telling Howard it was her honor to sing the last song of the morning.

Check out Robin’s last song of 2017 (below) and have a great holiday season, Stern Show fans!