“I never dreamed I’d be into a guy like that,” she says of one past Stern Show guest 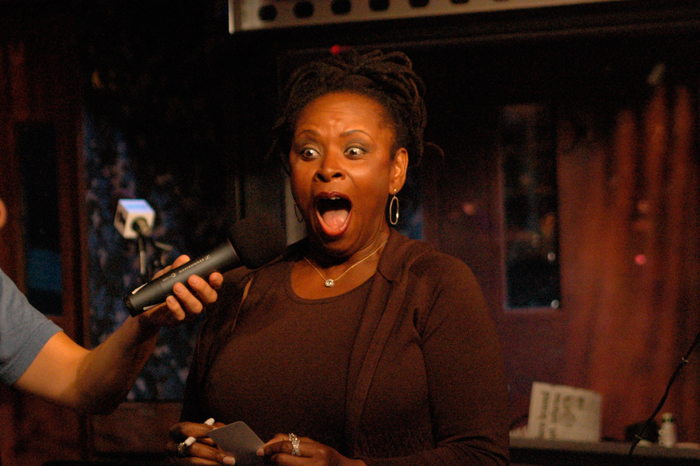 An astute Stern Show listener wrote in to Howard to share something they noticed while listening to Tuesday’s interview with James Franco – it sounded as though Robin Quivers was smitten by the A-list actor.

“I really like him,” Robin admitted with a laugh. Howard pressed her further, asking if she could picture making love to Mr. Franco. “Who couldn’t?” she shot back.

James is hardly the first Stern Show guest to get Robin all hot and bothered. She’s previously confessed to crushing on several other Hollywood hunks, including Jake Gyllenhaal, Richard Gere, and “Game of Thrones” star Peter Dinklage. But on Wednesday, she offered up a few more names to add to the favorites list.

Maroon 5 frontman Adam Levine always makes it harder to breathe for Robin, who admitted to fantasizing about getting him alone in a room and having him sing a new song for her as she sips wine.

“You’re just relaxing and the next thing you know you’re cuddling,” Robin described of her dream date with Adam. It’s not necessarily his hot bod that she finds most attractive on him, though. “Not only is he beautiful but he’s sweet, he’s kind, he’s thoughtful,” Robin told Howard.

There were two guests that turned Robin on by surprise: action superstars Arnold Schwarzenegger and Jean-Claude Van Damme. She said she’s usually not drawn to muscle men such as them but when they visited the Stern Show studio she had a change of tune.

“He was so manly … it was hard to ignore,” Quivers said of Schwarzenegger, whose good looks made her weak in the knees. Van Damme dropped by soon after Arnold’s appearance and Robin had a similar reaction to his chiseled physique.

“I never dreamed I’d be into a guy like that,” she confessed.