Eddie Danger, Alam Wernik, and Aaron Savvy all got naked for the Wack Packer

Three nude men stood before High Pitch Erik on Tuesday’s Stern Show, ready to let him fully explore his newfound homosexuality following the gay lie detector test results. However, the Wack Packer seemed to only have eyes for one of Howard’s staffers – Chris Wilding.

“Where do you want the massage?” Chris asked. Erik instructed him to rub his shoulders before asking him to move down to his legs. 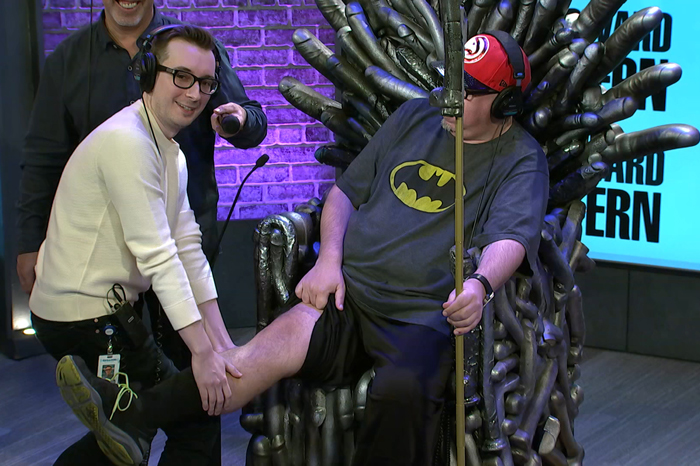 “How far up do you want me to go,” Chris asked while kneeling in front of Erik. “I want to make sure you’re comfortable … this is your first gay massage.”

“Your hands are very soft and gentle,” Erik told Chris. “What kind of soap do you use? Palmolive?”

“Alam, I’ll just give you a hug because you look like Justin Bieber,” Erik told him. After embracing the nude dude, High Pitch told him he smelled good and complimented his cologne. 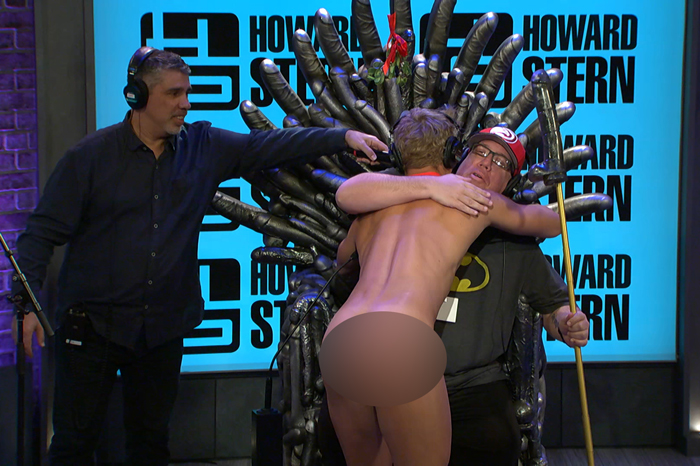 “What a great Christmas show,” Howard said with a laugh.