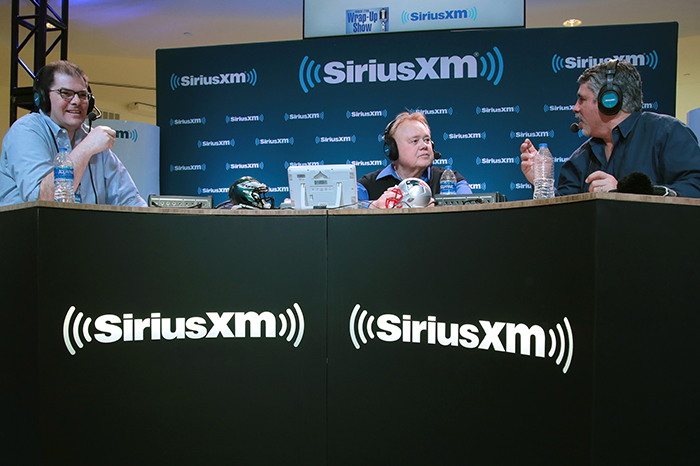 Jon Hein and Gary Dell’Abate brought the Wrap Up Show to Minnesota and Super Bowl LII’s Radio Row on Friday and while they got to speak with everyone from Chris “Mad Dog” Russo and the Kraft family to Jenny McCarthy and Donnie Wahlberg, the real excitement for Jon was the event’s venue.

“The Mall of America was pretty incredible, I’ve got to say,” he told Howard on Monday.

From a vast array of fast food options to six separate Lids stores filled with sports memorabilia, Jon found everything he could’ve wanted in one place. “You name it, they’re there,” he described.

The author of “Fast Food Maniac” admitted to beginning his feast early in the morning one day with an 8 a.m. root beer float from A&W followed by lunch at Hooters, an afternoon Oreo Cookies Blizzard from Dairy Queen, and filet mignon for dinner followed by a brownie for dessert. He also dined at Chick-fil-A and McDonald’s during the trip. “I fit right into the Mall of America for sure,” he added.

The amount of sweets in Jon’s diet concerned Howard considering the Stern Show staffer suffers from diabetes and the Oreo Blizzard alone contained 84 grams of sugar and 780 calories, according to the Dairy Queen website.

Jon was adamant that he was simply splurging on the trip and has been watching his health closely otherwise. Plus, he walked around the vast mall quite a bit burning off some of the food, he said.

“He was having a relationship with the mall because he tweeted about them and the mall tweeted back at him,” Gary told Howard.

I love this place @mallofamerica https://t.co/zTiTmWQ2tv

Jason Kaplan admitted he was a little jealous of the experience. “Jon and I have always talked about going to Columbus, Ohio, together, which is like ground zero for fast food … he lived part of the dream,” he said.

Gary, meanwhile, who has three more days left on the Whole30 diet, maintained he stuck to his plan during the trip – an impressive feat considering the amount of chocolate stores in the mall. As a result of his efforts, the Stern Show executive producer revealed he has lost approximately 10 pounds.