Both staffers share impressive sexual experiences but if Robin Quivers had to choose, she’d rather be with … 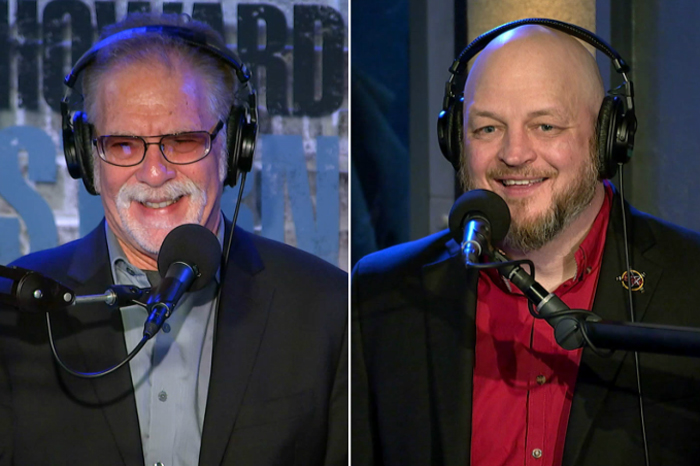 Two sex experts squared off inside the Stern Show studio on Tuesday: Ronnie Mund and Brent Hatley. But while they both have impressive sexual résumés and a slew of stories to back up their abilities, it turns out the two staffers actually share one of the same moves in the bedroom.

Howard began with Brent after hearing he had mastered something called “the two-finger cul-de-sac technique.” Brent came in the studio to explain how a guy is guaranteed to satisfy a woman with this move.

“You’d use your two fingers and you press down at about 5 o’clock. There’s a little spongy thing there. That’s the G-spot,” Brent told Howard, adding that for these instructions to work the woman needs to be lying on her stomach. Once inside of her, Brent said with a bit of pressure on that special spot she’s certain to have an orgasm.

Ronnie agreed. He is, after all, an established sex tip connoisseur and claimed to have also used this tried and true love making method. If a guy gets his own mouth involved as well, he said it can enhance her pleasure even further.

“All I know is dismantling a bomb is easier,” Howard told them with a laugh.

Brent and Ronnie also have a mutual appreciation for toys and prostate stimulation, with Brent corroborating what Ronnie has already said so many times on the air. “It’s the most amazing thing ever,” he said of being penetrated while having sex.

One of the reasons Brent enjoys bringing toys and devices into the bedroom is because they help prolong the sex. Brent told Howard he can hold out for long stretches of time when he’s with a girl and once even had a 90-minute session several years ago. Ronnie was impressed by Brent’s endurance and he shared his own technique for lasting a long time and climaxing at the same time as his partner.

“I’ll stop and just, like, soak,” Ronnie said. “Sometimes she’s not ready to go and I try to time it where we go together.”

“For all guys out there who are premature ejaculators, let your penis soak for a minute,” Brent advised.

It would seem after Tuesday’s segment there’s room on the Stern Show for two resident sex experts. But Howard wanted to know, if she had to, who would Robin Quivers rather go to bed with?

“I have to go with Ronnie,” the Stern Show co-host answered. “I’ll have a lot of fun talking to Brent … but Ronnie’s not a thinker. You know, like, in bed, you don’t want somebody applying techniques to you.”