“I was screaming too loud,” the 68-year-old admits 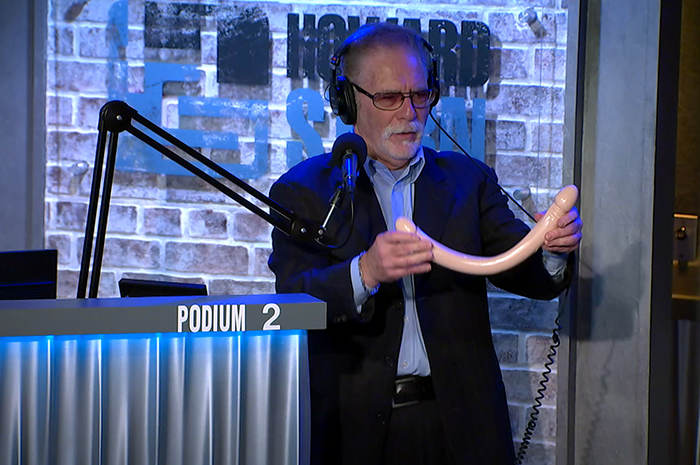 Ronnie “the Limo Driver” Mund may have cut loose with some alcohol and karaoke at an Italian restaurant on Friday, but the real party didn’t start until he hit the sack with his fiancée Stephanie later that night.

“It’s not workable for me,” Ronnie told Howard on Monday morning. “It wasn’t fun.”

Howard’s 68-year-old limo driver detailed how Stephanie first put on a pornographic film to set the mood as he settled into position with legs akimbo like he “was a girl going to the gynecologist.” His fiancée proceeded to apply some lube to the toy and inserted it inside of him. Despite their best effort, Ronnie admitted he could only take it “maybe an inch.”

Unable to go any further, Stephanie gamely took it out and doused the toy in extra lube. “She was pouring this shit on like it was fucking ketchup,” Ronnie recalled in a fit of laughter.

Even with the extra lubrication, though, Ronnie said he could take no more. “I was screaming too loud,” he said.

Shuli Egar, also in studio, wondered what “exact word or sound” he made when the toy went in.