Tracy Morgan Talks His New Mansion, His New TV Show, and a New Pitch to Play Louis Armstrong on Film

“It looks like a little jackhammer,” he describes of the product 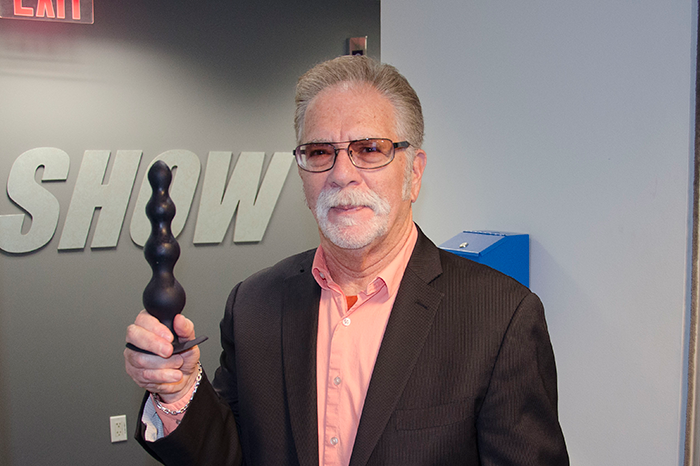 Not one to quit, Ronnie retrieved some assistance and got right back to work. The toy (above) features graduated beads, which increase in size the deeper it goes. Ronnie reported that he probably only got two notches deep, which was enough for him. “It was all about getting it to the prostate … because it’s supposed to be really cool,” he explained.

Despite the lack of depth, Ronnie admitted to getting worked up utilizing the vibrator’s top speeds. “First she put it on low speed … then she increased it to the medium, and then she went and put it on high — and that’s when it really felt good. And then she tried the pulsating,” he recounted.

Miraculously, though, and despite the rough exit, Ronnie maintained his toy came out as clean as a whistle — a fact his coworker Chris had to dispute based on his own experiences with men who go so far as to fast and cleanse their bottoms before engaging in sexual activities. “There’s at least some truffle butter,” Chris argued.

Still, Ronnie remained adamant: “He doesn’t know what my ass is like!”