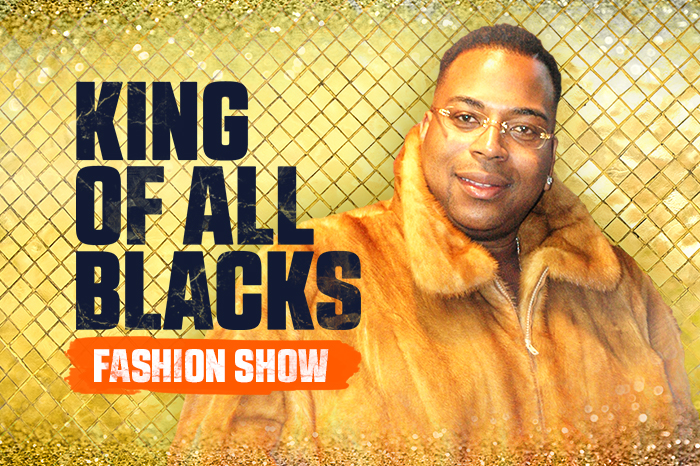 Some Stern Show staffers strutted their stuff in the studio Monday morning as longtime caller and fashion aficionado King of All Blacks sat in and evaluated each of their clothes. Gary Dell’Abate, Ronnie Mund, Brent Hatley, Jason Kaplan, Ralph Cirella, Rahsaan Rogers, and Jon Hein all came in and allowed King to look them over. Some scored better than others but King had something to say about every single person’s attire.

Check out photos of everyone’s outfit plus the number grade King of All Blacks gave them (below). 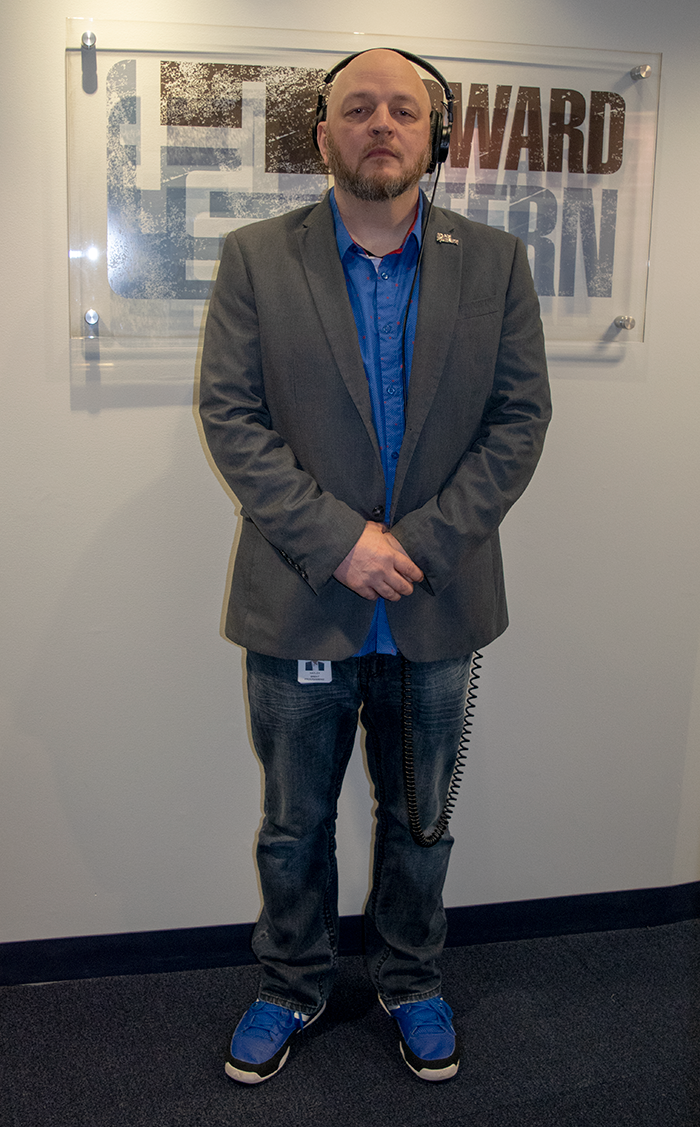 The primary problem King of All Blacks had with Brent’s wardrobe was his sneakers.

“It’s time to get rid of them. When you see this indentation, it’s a wrap,” King told him, adding he keeps his sneakers looking fresh by owning several pairs, including the $275 pair he wore Monday morning.

“I do a lot of walking in the city. They get worn down but big deal,” Brent explained.

As for the rest of his outfit, King said the staffer just doesn’t appear to be trying to look nice. “He looks like he’s going to a job interview but don’t want the job,” King joked.

King also wondered why Brent doesn’t wear more jewelry but Brent told him the only jewelry he wears is a heavy metal lapel pin on his jacket.

King of All Blacks’ Score: 2 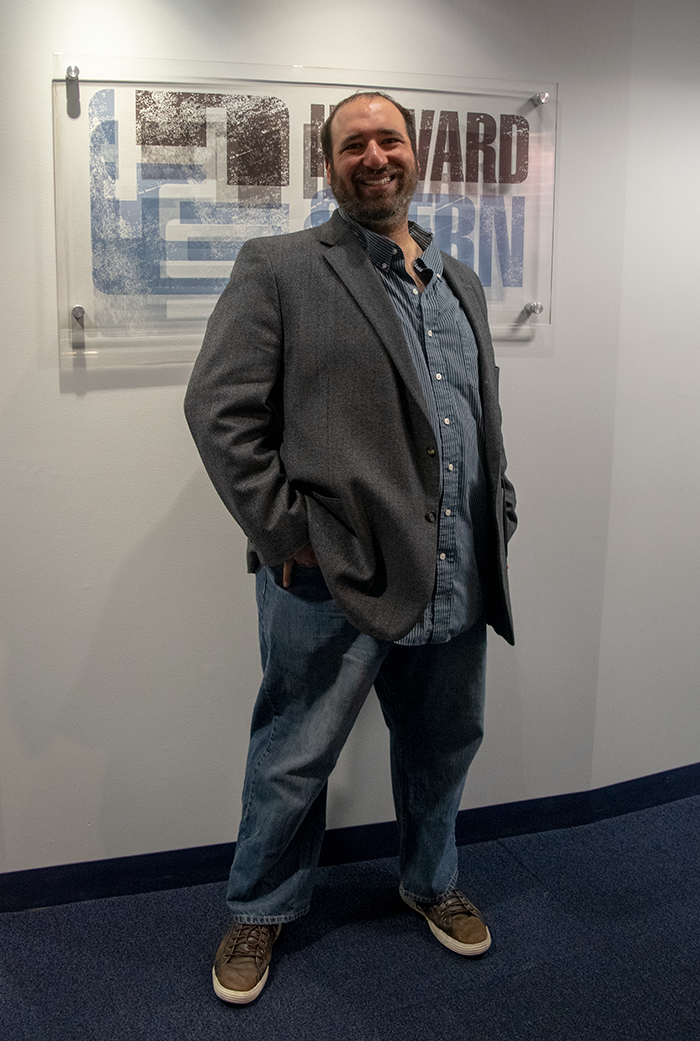 Jason Kaplan and King of All Blacks get along both on and off the air so King didn’t want to lay into the Stern Show staffer too much on Monday. He did advise him to get better fitting jeans and to find more stylish sneakers other than the small ones he was wearing.

King’s biggest tip to Jason, though, had to do with his body hair.

“Shave your chest. You gotta do that first,” he told Jason, suggesting if he were to trim down a bit, it would accentuate his clothes and make him look “crispy.”

King of All Blacks’ Score: 3 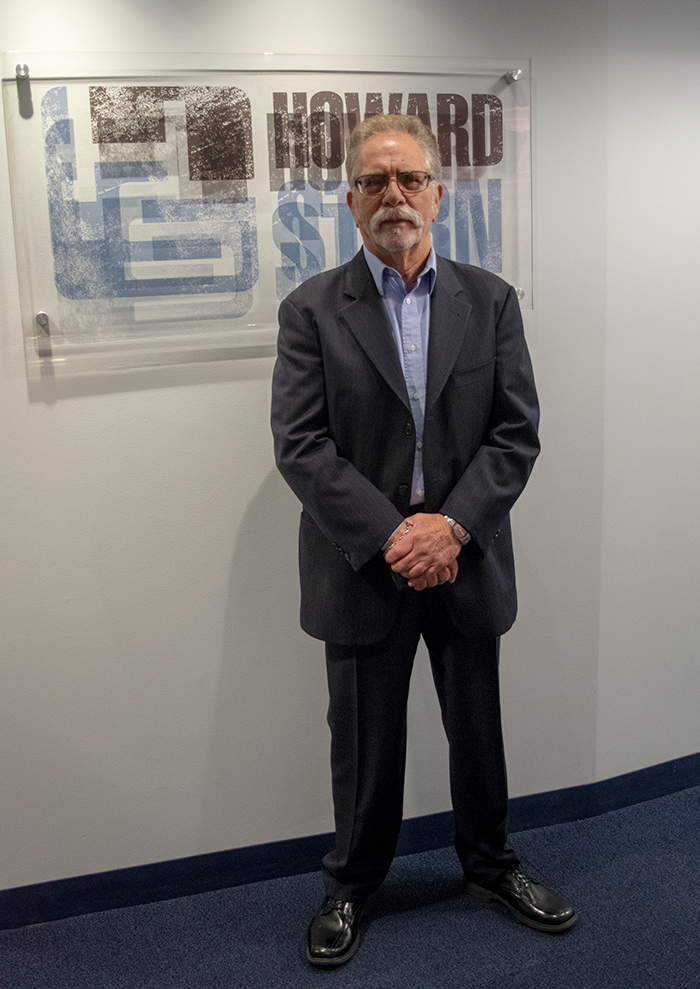 Ronnie and King of All Blacks have had words with one another on the Stern Show in the past so it was no surprise when the two got into a screaming match on Monday. For starters, King told Ronnie he needs to wear a thinner belt with the suit he had on.

“Don’t worry about the belt … I can’t wear a thin belt, okay? There’s a reason,” Ronnie shot back although he never said what his reason was.

King also critiqued Ronnie’s shoes, saying with the squared toe, it looked like he was wearing steel-toed boots. Ralph agreed and told Ronnie to look for more rounded, fashionable footwear.

King of All Blacks’ Score: 5 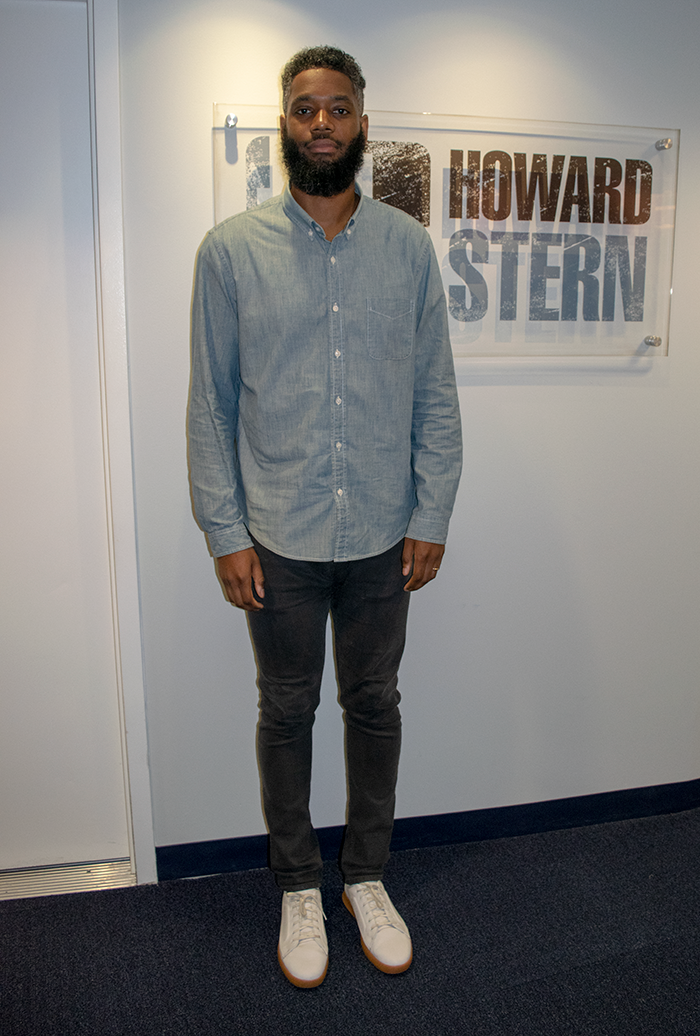 King didn’t hold back while assessing Rahsaan who he’s argued with in the past on the Wrap Up Show. “You don’t know nothing about being wavy,” King told him, explaining “wavy” is something you say when someone looks “fresh.”

According to King, Rahsaan’s jeans were a bit too skinny, his shirt seemed cheap, and the sneakers didn’t work with the rest of the outfit. But his main problem was with Rahsaan’s skin.

“You don’t have no Vaseline on, am I right?” King of All Blacks asked him. He told Howard black people need to use Vaseline or some other type of grease, not lotion, in order to achieve a shine on their skin.

“My mother used to shine me up, you could see a reflection,” King of All Blacks said with a laugh.

King of All Blacks’ Score: 6 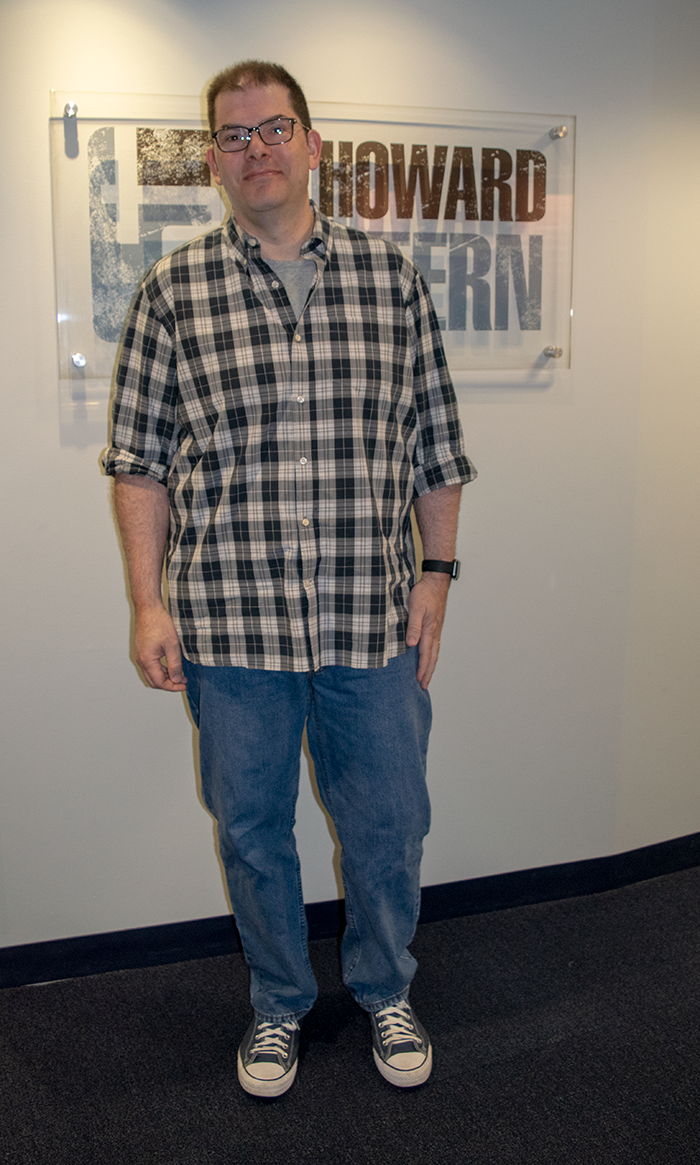 “He’s very interesting,” King of All Blacks said while looking Jon up and down. He compared the Wrap Up Show co-host’s clothes to something someone would wear while shopping on Black Friday.

King commended Jon on his Converse sneakers but said they weren’t appropriate for the rest of his outfit. “You should have on a straighter jean with those Converse,” King told him.

He also took issue with Jon’s “lumberjack shirt” but told him he can never go wrong with the Apple watch he was wearing.

King of All Blacks’ Score: 3 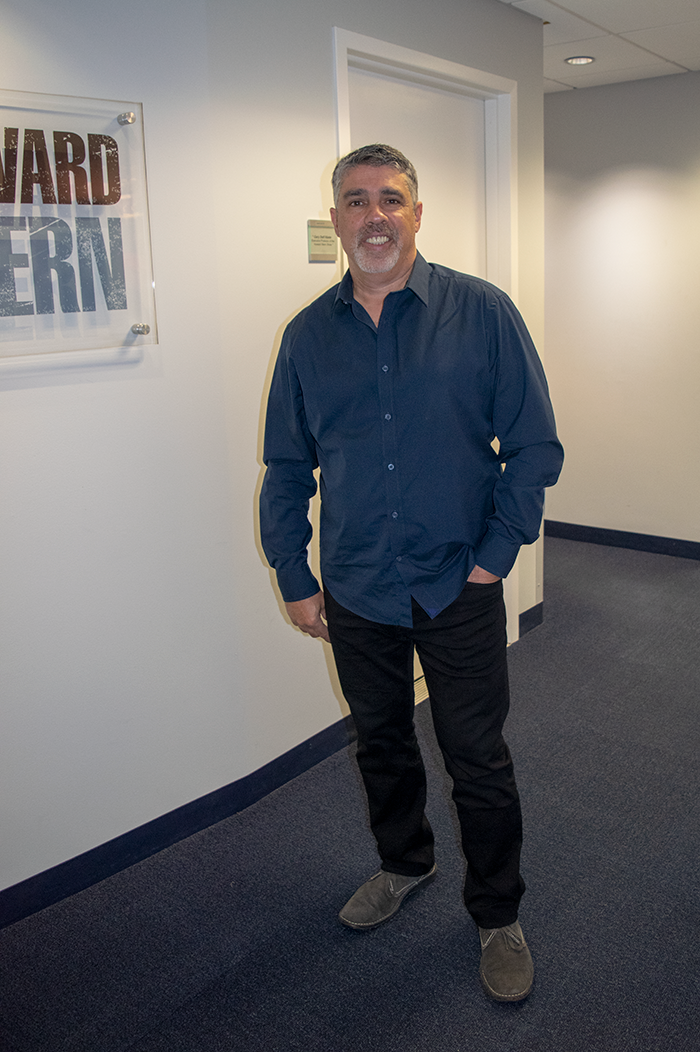 Gary received some very high praise from King of All Blacks, who said the Stern Show’s executive producer was “above all of these guys.”

On Monday, Gary came into the studio wearing an Untuckit shirt, some stylish trousers, and a pair of John Varvatos shoes.

King went one further and told Gary he reminded him of Hollywood actor George Clooney.

King of All Blacks’ Score: 7 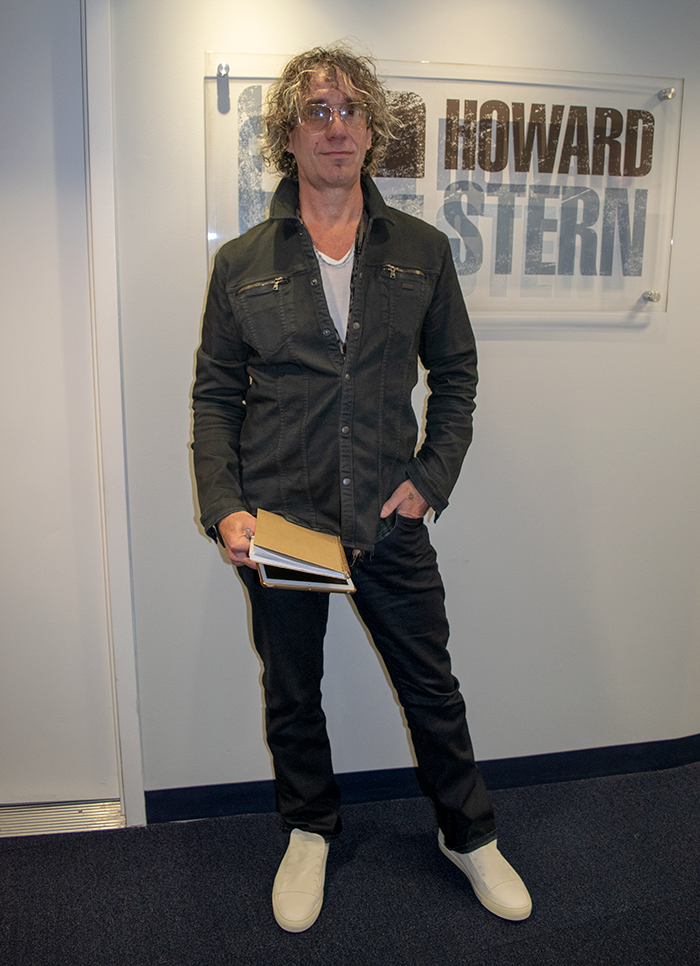 Finally, it was time for King of All Blacks to judge Howard’s own stylist Ralph Cirella.

“Ralph is always on point,” King said, pointing to Ralph’s jackets and jeans that he wore today as prime examples of his stellar fashion sense.

“Because these days … you have to dress a little feminine. Just a little,” King continued.

“But then again, he said Gary looked like George Clooney,” Ralph joked.