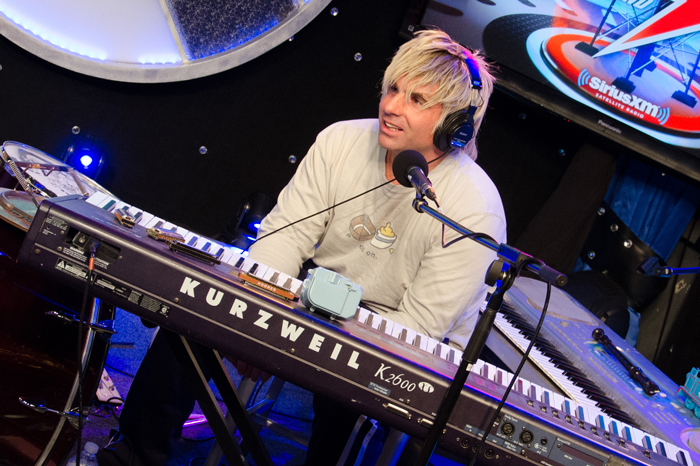 For 15 years, the man known simply as Sour Shoes has been wowing Stern Show fans with his calls to Howard that usually include one (if not several) of his spot-on impressions. The Wack Packer has repeatedly shown off his voices for celebrities like Christopher “Mad Dog” Russo, Richard Simmons, and George Takei as well as his more Stern Show-centric impressions, including his boisterous Mariann from Brooklyn impersonation.

But perhaps the best voice Sour Shoes has ever done is of the Stern Show’s own Gary Dell’Abate. His impression of Howard’s executive producer is so good, even some on staff have been fooled into thinking they’re getting a call from Gary when it was actually the Wack Packer on the other end of the line.

To celebrate Sour Shoes 15th anniversary on Tuesday, Howard tasked him with calling up a few of Gary’s close friends and family members to see if they would make the same mistake others have in believing they were talking to the real Baba Booey. First up was Gary’s very good friend Ross Zapin who has long worked with him at SiriusXM. Though Sour starts off strong with some conversation about their mutual love for all things Bruce Springsteen, Ross figured out soon enough he wasn’t talking to the real Gary and hung up.

Next was Gary’s wife Mary Dell’Abate. “She’s gotta know her husband, right?” Robin guessed before Howard played the clip. Indeed she did but Mary still had some fun while on the line with Sour, dropping a few of his favorite “noine” references.

Sour also called Gary’s longtime friend Steve whom he recently vacationed with. Despite how much time the two have spent together socially, Steve seemed to think Sour was the real deal during their phone chat.

“He knows me, I think,” Gary said with a laugh. “He doesn’t listen to the show, so the ‘noine’ references and the chocolate and shrimp references just go past him.”

Thirty minutes seems quick compared to how long two other Stern Show personalities stayed on the line with Sour. Bobo clocked in at over an hour, never once suspecting he wasn’t actually talking to Gary Dell’Abate. Their call lasted so long, Bobo started to make up excuses for why he had to hang up, including he had to pick up his kid and that he was with his doctor.

But it was of course Medicated Pete who lasted the longest on the phone with Sour, spending more than two hours talking to the Wack Pack impressionist. That’s nearly five times longer than it took him to hang up with Wendy the Slow Adult recently.

The reason Sour-Gary gave for calling Pete was to see if he had any marriage tips for him following a fight with Mary. “Which is ridiculous. Like, why would Gary Dell ‘Abate be calling Medicated Pete for advice?” Howard said.

Though the call was cut down for Tuesday’s Stern Show, Howard told Robin they should probably allow the audience to hear Sour and Medicate Pete’s conversation in its entirety. “I’m actually thinking of playing the whole two hour and ten minute thing in a special,” he stated. “I think people might listen to the whole thing.”