Plus, the Kansas native once again delivers an over-the-top reaction to a Philadelphia Eagles win 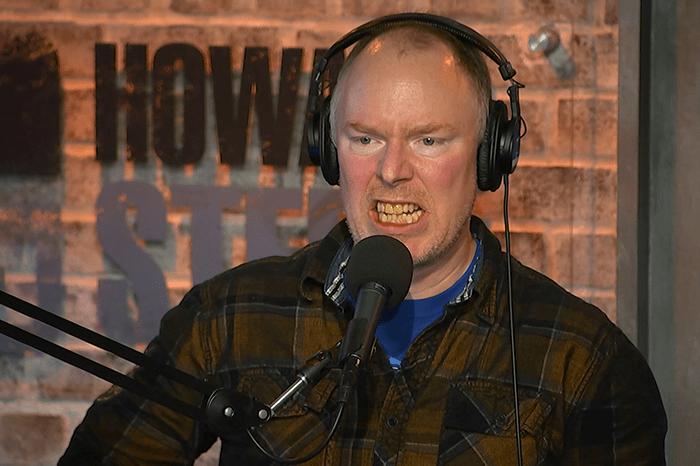 Richard Christy’s hygiene was once again the talk of the office Tuesday morning after his co-workers noticed an odd discoloring on his two front teeth.

“I should be the last one to bring this up, but what’s going on with the color of Richard’s teeth?” Gary Dell’Abate asked early in the show.

“It looks bad from here,” Will Murray agreed. “It’s getting close to orange.”

Richard wasn’t quite sure what stained his teeth, wondering if it had anything to do with his breakfast of yogurt and coffee. 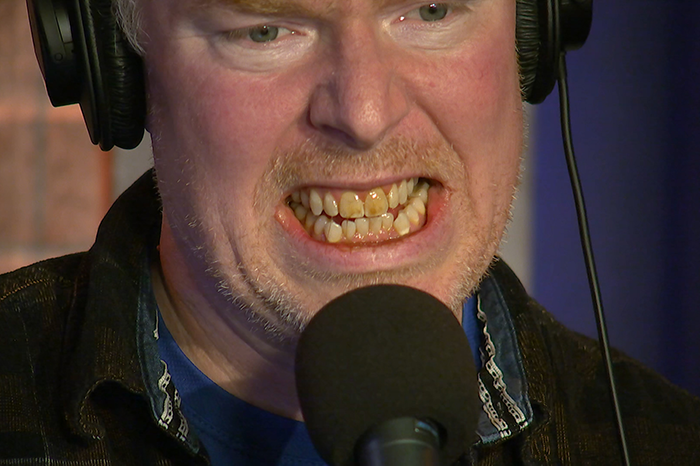 The orange tint proved to be the least of his worries, though. Following the news he underwent surgery to repair a piece of his jaw which was “rotting” in September, Richard told Howard his dentist recently discovered another infection at the site of an old root canal and it will also need to be fixed.

Richard isn’t too keen on getting expensive implants and joked he’s jealous of his parents who have had dentures since he was a child.

All of his dental issues didn’t prevent Richard from screaming his head off when Chicago Bears kicker Cody Parkey missed a late-game field goal leading to a win for the Philadelphia Eagles on Sunday, though. Listen (below):

Richard, a lifelong Kansas City fan, has caught flak in the past for cheering on the Philly team so enthusiastically, even if it is in support of his wife.

“This one kind of annoyed me,” Will, a diehard Philadelphia fan himself, told Howard after hearing the tape. “I love the guy, but, you know, it’s a little intense.”

Richard countered he had only recorded the video for his wife and maintained if the Chiefs were to face the Eagles, he would stay true to his Kansan roots. “I’ve told my wife we can’t watch it together,” he said.